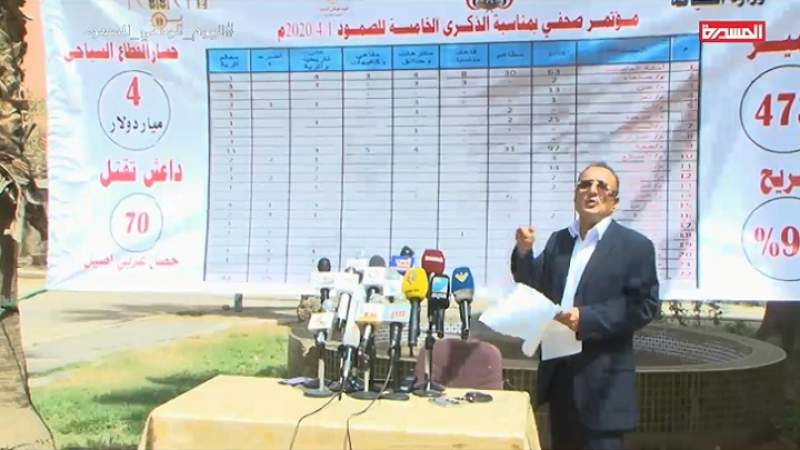 During five years of aggression: “473 archaeological and tourist monuments were damaged”

The Minister of Tourism, Ahmed Al-Alayi, said that the US-Saudi aggression targeted the invaluable assets of Yemen cannot be compensated for its civilization value. He explained that the cultural, human heritage and geographical diversity in Yemen is a basic source of national income, which prompted the enemy to target it.

He announced that the losses of the Yemeni tourism sector due to the aggression and the blockade exceeded five billion dollars during the past five years.

In a press conference held in Sanaa on the fifth anniversary of the steadfastness, al-Aliy explained that the Saudi-led aggression coalition has destroyed 473 tourist and archeological sites and monuments during the same period.

The Tourism Minister pointed out that the continuation of the aggression and the siege for five years has caused a disruption to thousands of job opportunities that were supporting thousands of families with estimated resources of 890 million dollars.

“The tourism sector was subjected to the largest fierce attack that targeted all aspects and trends of Yemeni tourism, including monuments and tourist facilities,” the minister said in a statement to Yemen Press Agency.

Al-Aliy added that more than 95 per cent of workers in the tourism sector have lost their jobs.

According to the statistics issued by the Ministry of Tourism, the aggression coalition destroyed, during the past five years, 25 historical cities, 25 mausoleums, and 42 archaeological monuments, in addition to 252 hotels, 81 restaurants, 12 festival halls, 38 gardens and parks, and eight cafes and cafeterias.

Ministry of Tourism: Our loss exceeds $ 5 billion during five years of the aggression