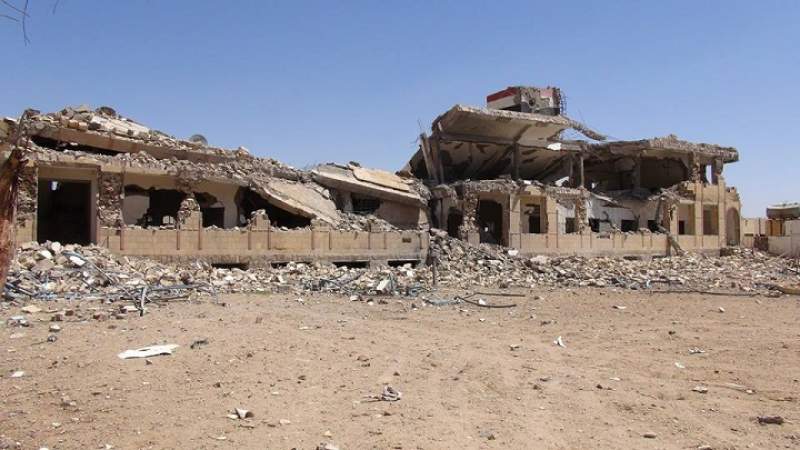 The Ministry of Education, Sunday, announced that five million Yemeni students have been affected after targeting of the US-Saudi aggression for education in Yemen, and 3526 educational facilities have been damaged.

The Undersecretary of the Ministry of Education for the Education Sector, Abdullah Al-Noaami, affirmed in a statement that “after the failure of the aggression forces and its military mercenaries, they deliberately targeted education in an effort to ignore the Yemeni people.”

Al- Noaami explained that the forces of aggression killed during the five years, teacher and student. Some of are the administrative meeting of Amran Governorate, the Dhahyan Children Bus, the Juma Bani Fadel School, and the Shepherd and Heavenly School in Sana’a.

He said that the governorates of Taiz, Saadah, Hajjah, and Sana’a had the largest share of direct targeting of educational facilities by the aggression forces and their mercenaries.

He pointed out that nearly 200,000 teachers have been denied by their forces of aggression their salaries since 2016 until now.

He also clarified that five million Yemeni students were affected by the US-Saudi aggression targeting education in Yemen during the five years of education and psychology.

He pointed out that the forces of aggression and their mercenaries prevented the import of papers for printing the textbook.

Al-Noaami noted that the efforts of the Ministry of Education and its establishment of more than one school for the excelling and working to raise the educational outcomes in Yemen despite the suffering, stressing that we achieved a victory and a miracle during the years of the aggression.

He indicated that the Ministry worked to find incentives for teachers in the field after their salaries were interrupted, and there is serious work to do with the Education Support Fund.

The Undersecretary of the Ministry of Education praised the education sector for the persistence, patience and steadfastness of teachers in their schools, which are their practitioners, despite the aggression forces targeting the teacher in his salary and even killing him.

90 Breaches of the aggression forces in Hodeidah fronts