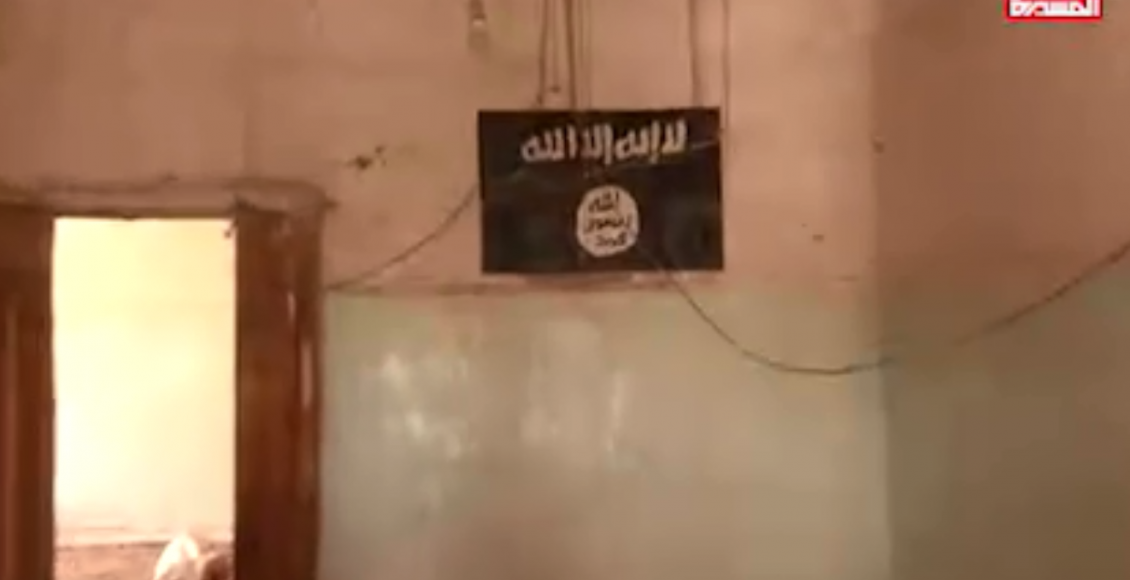 AlMasirah channel has distributed scenes, proving that the individuals of the so-called “Al-Qaeda” and “ISIS” are fighting alongside the Saudi-led coalition and the Emirates in Al-Jawf and other fronts.

Video and photo scenes showed that ISIS transformed the homes of citizens in Al Marwan family of Al-Jawf governorate, into military headquarters and warehouses for weapons and making bombs.

The scenes that were distributed Sunday evening were taken during the large military operation, Allah Overpowered them.

The scenes documented the flags and banners of “Al Qaeda and ISIS”, which were raised on the homes of citizens, as well as large factories for explosive devices and tunnels that were used as prisons for men and women.

Al-Masirah channel highlighted the attempt by the Saudi and UAE-led coalition aircraft to erase evidence of its association with al-Qaeda and ISIS, by launching 15 air strikes on these factories of the explosive devices, in Al-Jawf Governorate, as soon as the army controlled.

It should be noted that it is not the first time that evidence has been shown confirming the coalition’s affiliation with al-Qaeda and ISIS, and commanders of al-Qaeda like Batarfi and Balaid have previously announced their participation in the fight against Ansarullah, via video records which are available on the Internet.