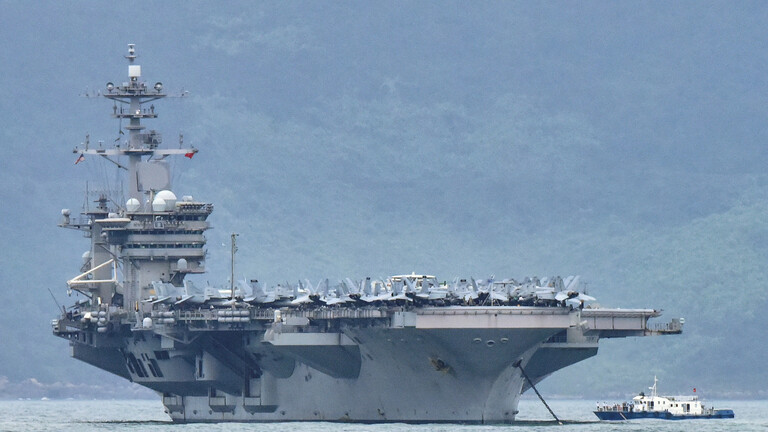 One of the 584 sailors who tested positive for coronavirus aboard the USS Theodore Roosevelt has died in Guam of complications related to the virus, the Navy has announced.

The unnamed sailor, whose anonymity is being preserved pending next-of-kin notification, died on Monday of “COVID-related complications” after being transferred to the Intensive Care Unit of the US Naval Hospital in Guam, the Navy revealed in a statement on Monday.
He had been receiving medical checks twice daily in keeping with the protocol for coronavirus cases from the ship and was found unresponsive on Thursday. After fellow sailors revived him with CPR, he was transferred to the naval hospital, where he died days later.

The USS Theodore Roosevelt has been docked in Guam for two weeks. The carrier became the site of controversy after its captain, Brett Crozier, was fired by Acting Naval Secretary Thomas Modly for sending an email that quickly leaked to the public begging for his ship to be evacuated. Of the 5,000 soldiers on board, 100 had tested positive for the virus when Crozier sent his email, and eight with severe symptoms had already been evacuated to the hospital in Guam.

Modly himself resigned last week after Democratic lawmakers called for his removal, charging he had prematurely relieved Crozier of his command when the captain had just been doing what he thought was right for his crew. He was replaced by Army Undersecretary James McPherson.

Writer: Iraqis United to Get America out of Their Country