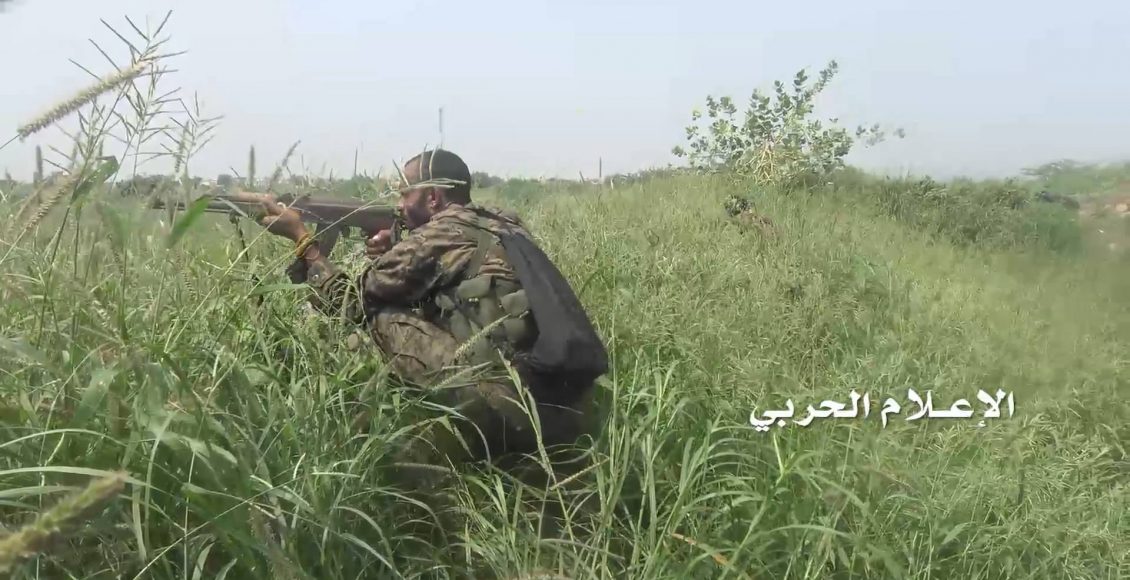 Four advances,an infiltration of the mercenaries on several fronts and the aggression escalation will be similarly faced: Yemeni brigadier -general

The Yemeni Army Spokesman Yahya Sarie on Monday threatened to respond to the escalation being continued by the American Saudi-led aggression coalition and its mercenaries in several fronts.

The armed forces would not be restricted before the military escalation by the enemy, he affirmed.

The aggression forces launched on Monday four infiltration attempts on towards al-Malahidh area off Jizan, and al-Zahir district in Bayda governorate, as well as Sarwah district in Marib governorate and al-Tawair area in Taiz, he added.

The Yemeni army foiled theses infiltration attempts, killing and wounding dozens of the coalition and its mercenaries, without making any progress, he explained.

The aggression warplanes waged 11 airstrikes on Serwah district in Marib and Nata area in Bayda province during the past hours, he said.

Infiltration attempts by mercenaries foiled in al-Bayda ,air strikes of the aggression waged