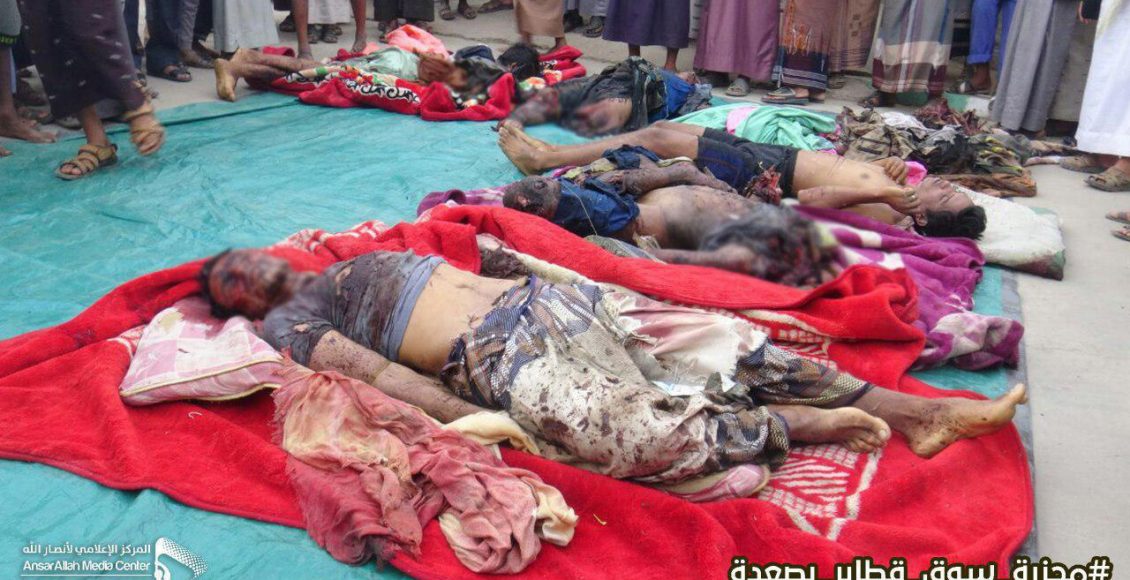 41 Thousand citizens killed , wounded during five years of the aggression

The crimes and violations of the US-Saudi aggression in Yemen for five years which it resulted in killing and injuring 41,476 people, including women and children exposed by the Legal Center for Rights and Development.

More than 12 mercenary advances ,100 air strikes of aggression within 72 hours