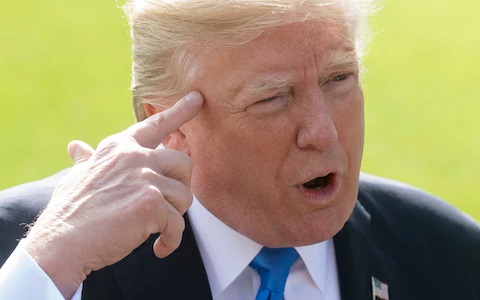 After President Donald Trump laid out his road map for reopening state economies, a number of governors sought to temper regional expectations, raising the alarm about moving too fast in the face of unresolved issues like a lack of mass testing.

“They are helpful,” Connecticut Gov. Ned Lamont, a Democrat, said Friday on MSNBC of the guidelines, which encourage areas that meet certain criteria to begin easing social distancing restrictions by May 1.

“We didn’t want something more heavy-handed telling the governors what they had to do. That wouldn’t have worked. Every region is a little bit different,” Lamont said.

New Mexico Gov. Michelle Lujan Grisham, a Democrat, said in a statement Thursday that while the White House’s suggestions were appreciated, “the plain overriding fact is we cannot put the cart before the horse.”

She said that public health experts have warned that New Mexico has not yet reached a point where it is safe to reopen, and “doing so prematurely” would endanger many more people.

Why Saudi Arabia Finds Stopping Its Aggression against Yemen Difficult?

US Quietly Withdraws All Bombers From Guam, No Replacements in Sight