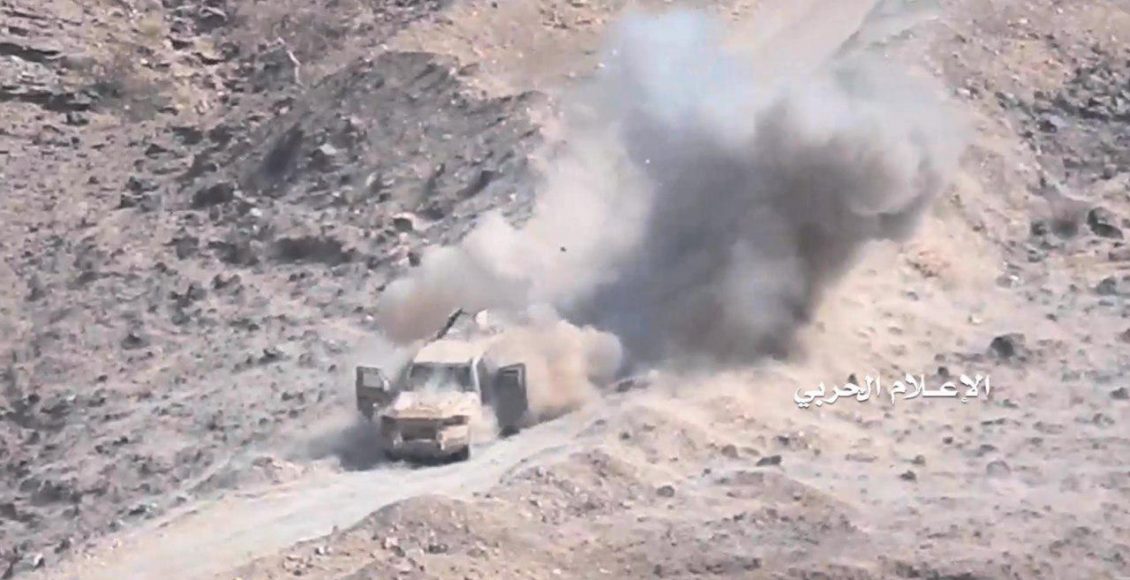 Dozens of dead and wounded, a number of armored vehicles destroyed through foiling two advances of the enemy in Marib ,Al-Jawf

Scores of the American Saudi-led aggression coalition’s mercenaries were killed on Saturday and others wounded when the Yemeni army repelled two infiltration attempts in Marib and Jawf provinces, the army’s spokesman said in a statement.

army and popular committees foiled two wide-scale attack of the mercenaries in Majzar district of Marib province and another one in Khub Washaaf district of Jawf province, The spokesman declared that

Dozens of the mercenaries were killed and injured and several of their armored vehicles were destroyed, Yahya Serie confirmed

The aggression continues to target the Yemeni people , leaving martyrs