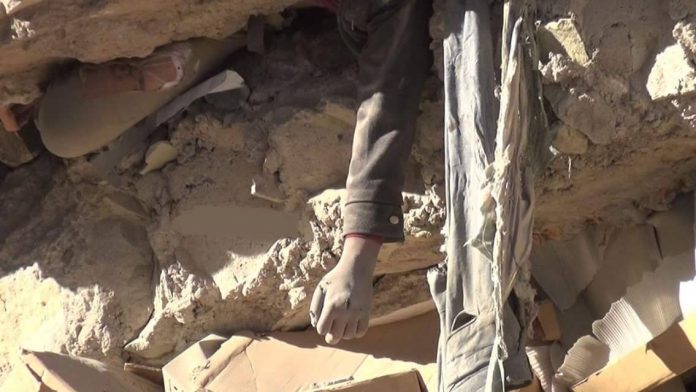 The international advocacy group, the Watchlist on Children and Armed Conflict, urged UN Secretary-General Antonio Guterres to put the coalition led by Saudi Arabia and the United Arab Emirates and its allied militias on a UN blacklist for attacks on schools and hospitals in Yemen.

The organization’s 32-page report released Monday said the blacklist has served as an important tool to protect children by identifying warring parties responsible for violating their rights. This has enabled the United Nations to engage with warring parties and obtain commitments to end and prevent violations, leading to their removal from the list.

Watchlist program director Adrianne Lapar said that to date the U.N. has signed 32 action plans with listed parties, including 12 government forces and 20 armed groups. Of those, 12 parties have fully complied with their commitment and have been taken off the blacklist, she said.

But in recent years, the Watchlist said, the process for determining who is included on the list “has become increasingly politicized, threatening to undermine the report’s credibility and weaken its strength as a tool for promoting accountability and compliance with applicable international law.”

Secretary-general Guterres has been issuing two lists every year, one of governments and groups killing and injuring children in conflicts and a second of parties that have put in place measures to protect children. Watchlist called on the UN chief to return to the previous practice of issuing a single list.

It questioned why, for example, the Saudi-led coalition in Yemen was put on the list of taking actions to protect children, and why it was taken off that list last year when its aircraft were still carrying out attacks on schools and hospitals that killed and injured them.

The Watchlist’s Lapar told a video press briefing launching the report that “all violators should be held to the same standards.

Saudi Arabia And Big Lie of Ceasefire In Yemen

YPC: $12 billion indirect losses in Yemen due to aggression’s piracy on fuel ships in…