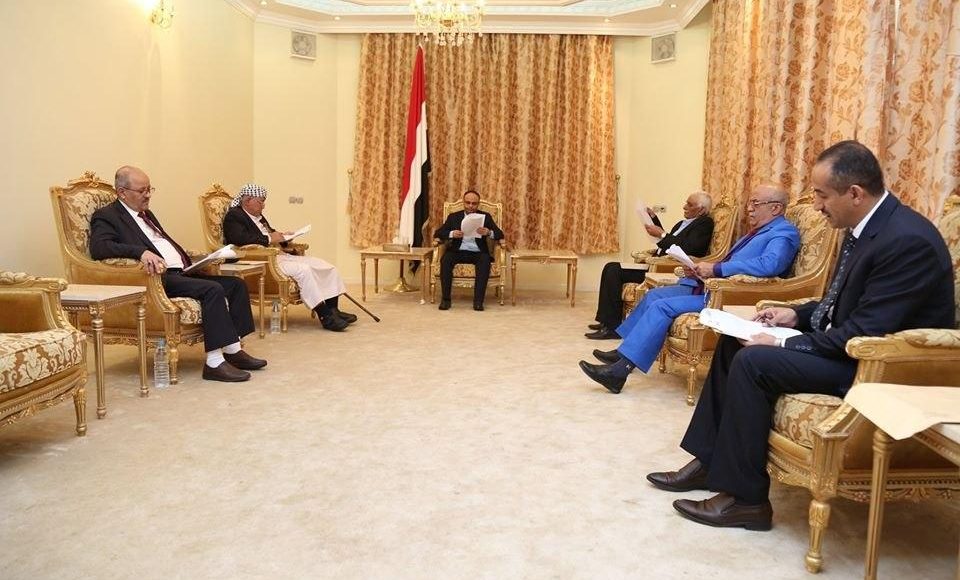 During its meeting on Thursday with President Mahdi Al-Mashat, The Supreme Political Council rejected any unrealistic solutions or agreements with Saudi-led aggression.

The Council expressed surprise at the ceasefire initiative claimed by the Saudi-led aggression while its military forces continue to escalate and mobilize in all fronts. The aggression aims to mislead the public and the international community away from its crimes and violations of international provisions and norms.

During the meeting, The Council reviewed military developments on various fronts, valuing the steadfast of the Army and Popular Committees, and their strong response on the battlefield.

The meeting also covered government reports, especially regarding the Ministry of Industry and Trade and its efforts to control food prices and legal measures taken against the vulnerable. The extent of the damage caused by rain floods in all governorates, was evaluated; urging the local and concerned authorities to continue providing the necessary assistance to the affected people.

Four citizens martyred, wounded in bombing by the aggression mercenaries against Mukayras , Al-Bayda

Riyadh Refuses All Mediations Regarding Hamas Detainees in Saudi Arabia

Air raids on Marib, Saada and Al-Bayda, and 416 violations recorded in Hodeidah