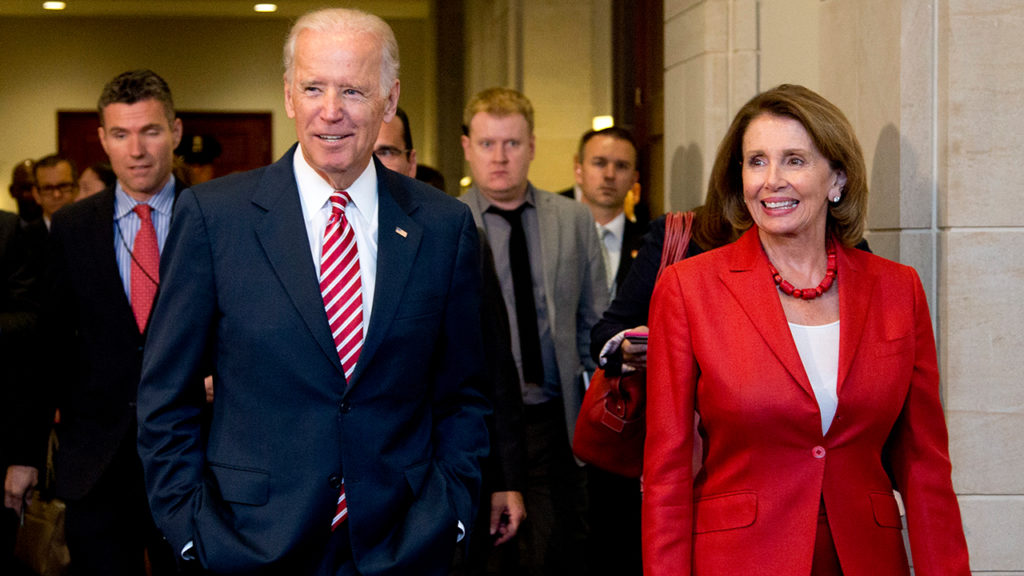 House Speaker Nancy Pelosi endorsed Joe Biden for president on Monday, calling the former vice president “a leader who is the personification of hope and courage.”

“Today, I am proud to endorse Joe Biden for President of the United States because he will be an extraordinary President. He knows how to get the job done,” she said in a video.

Citing his work on the Affordable Care Act and Cancer Moonshot program, Pelosi said Biden has “been with us every step of the way to protect Americans’ quality affordable health care.”

“And as we face coronavirus, Joe has been a voice of reason and resilience with a clear path to lead us out of this crisis,” she said.

“For these and other reasons, I am proud to endorse Joe Biden for President, a leader who is the personification of hope and courage, values authenticity and integrity,” she said.

The California Democrat did not announce her support for a candidate during the primaries, but called for unity among the Democratic Party as Vermont Sen. Bernie Sanders started to surge in the polls. Sanders has since dropped out of the race, leaving Biden as the party’s presumptive nominee.

Pelosi’s video is the latest in a string of notable endorsements for Biden this month. Former President Barack Obama, Biden’s former 2020 campaign rivals and others endorsed Biden through video messages since the campaign trail has gone virtual because of the coronavirus pandemic. Sanders announced his support for Biden during a livestream by Biden’s campaign on his website and on social media.