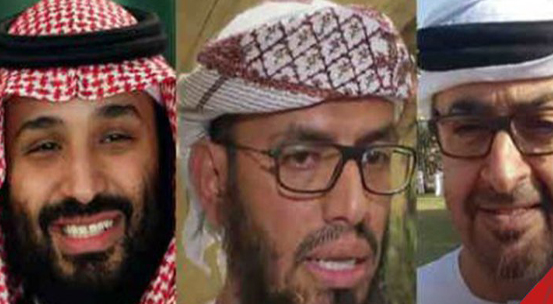 Southerners have declared a self-ruled administration in Yemen’s southern regions. Although it was not excluded, it made the situation more difficult for bin Salman than ever, as Saudi Arabia’s recent hopes of dominating Yemen have disappointed.

Actually, the announcement by the southerners of self-ruled administration in Yemen is a violation of the Riyadh agreement, which takes only a few months to conclude. The agreement that was signed in the Saudi capital in November last year aimed at ending heavy fighting between Saudi Arabia and the UAE, and thus between their mercenaries the so-called Southern Transitional Council (STC) and Saudi-backed militants that had erupted after the former took the southern Yemeni city of Aden.

Until recently, the assassinations escalated in the southern regions, especially in Aden and finally the occupiers’ failure to solve problems such as floods and frequent electricity interruptions …etc. has led the people of the south to a briefing that it is impossible to provide security and improve livelihoods in this region of Yemen in light of civil war continues, depriving people of their affairs. From the point of view of the southerners, the only winner of what is going on in Yemen is Saudi Arabia and the Hadi government, and therefore, by announcing self-ruled administration, of course without officially targeting Saudi Arabia, they revolted against the pro-aggression government, Hadi government.

It seems that this action by the southerners was carried out in full coordination with the Emirates and that Aidros Al-Zubaidi and Hani Brik with this practice only fulfilled the UAE’s demands on the ground.

Although this southern revolt has been unprecedented and has been manifested repeatedly in the form of clashes with Hadi’s forces, it appears that bin Salman’s struggle with oil crises, Hajj and internal problems resulting from the power struggle between opponents of the Crown Prince’s authority, and intense attacks by human rights institutions on the Saudi government, Ansarullah’s superiority and possession of the upper hand in their war with Saudi Arabia and the growing duplication between the goals and aspirations of Saudi Arabia and the Emirates towards Yemen, all of these factors provided the most appropriate conditions for southerners to declare self-ruled administration.

South Yemen is currently divided into two parts; an Emirati and a Saudi, in the governorates of Aden, Lahj and Abyan, the STC and in fact the Emirates assume the upper hand. Saudi Arabia also plays the dominant role in Hadramaut, Shabwa and Mahra. Based on the foregoing, it appears that if the southerners succeed in uniting the various governorates in southern Yemen, it will not be unlikely that bin Salman will have to give up his support for Hadi through a deliberate deal. Obviously, this choice will be very difficult for the young crown prince; on the one hand, he must support without the will, the victory of the Emirates in Yemen, and on the other hand, deposit his only pretext (support for the Hadi government) regarding interference in Yemen and waging war on it for six years.

The aggression launches 16 strikes on different areas of Marib

An unholy union between Saudi-led Coalition and terrorism against Yemen