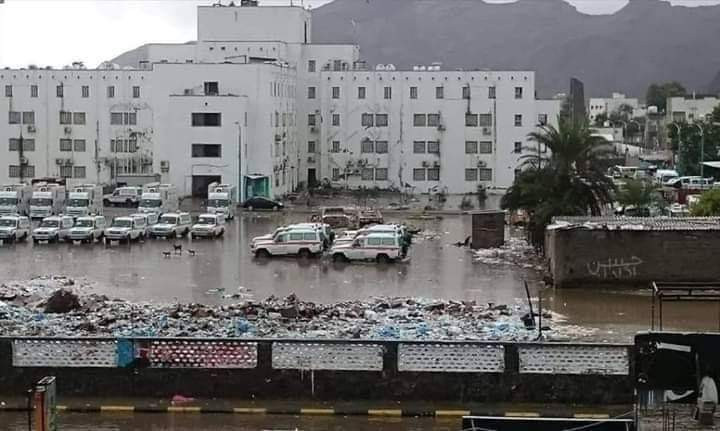 Aden Residents Alone in the Face of Corona’s Horror, without Doctors

Once again, the coalition of aggression, led by Saudi Arabia and the United Arab Emirates, left citizens in the face of the horrors of administrative and service insecurity in Yemen’s southern governorates, especially Aden, where a coronavirus outbreak was announced, without the slightest medical preparations for prevention and care.

Aden residents live in general terror since the so-called “Supreme National Committee to confront Corona” announced through its Twitter account on Wednesday evening that 5 cases of corona were recorded in Aden, noting that the details will be announced at a press conference later.

The announcement of the medical committee of the pro- aggression government, which came after the UN Office for the Coordination of Humanitarian Affairs had warned that “the coronavirus had spread in Yemen”, and its request “of the authorities to disclose the information transparently” was enough to sow terror.

Southern media quoted, at dawn Thursday, a medical source at Al-Wali Hospital in Aden saying, “more than 10 citizens have died of the corona epidemic, while the number of cases reaches 17 cases in the temporary capital of Aden within three days.”

The unnamed medical source at the hospital revealed in his statement that “Al-Amal health center, which was rumored to be ready, is not fully equipped and whenever a case comes to it, the guard returns it, confirming that it is not ready.” He noted that the Southern Transitional Council (STC) forces the hospital to receive cases.

“The STC forces forced the hospital to receive cases of symptoms of the coronavirus, but we refused because hospitals in Aden do not have the jurisdiction to receive these cases and for not infecting medical personnel,” the source added, calling for “the speedy construction of a quarantine to contain epidemic situations”.

For their part, activists loyal to Hadi and his government residing in Riyadh revealed that medical personnel have fled from hospitals in the city of Aden because of the lack of protection requirements for medical personnel from the deadly coronavirus (Covid-19). As confirmed by a southern journalist Abbas Al-Dhaley.

“The medical staff of Al-Gomhoria Hospital in Aden fled from the hospital to preserve their life due to the news of the spread of the coronavirus and the monitoring of confirmed infections,” Al-Dhaley, who belongs to Al-Islah Party, said in his Twitter account midnight Wednesday.

He went on saying, “The lack of protection requirements for the medical staff forced the hospital staff to flee in order to preserve their lives.”

“Aden suffers from political and epidemic coronavirus,” he said referring to the control of the Emirates-backed Southern Transitional Council over Aden.

The corona epidemic disaster comes in Aden, at a time when the city and its residents are still suffering the effects of the rainy disaster, and they are seeking help without answering, to suck the rain water that floods the city’s districts and to compensate thousands of displaced persons from the two billion riyals announced.

Aden and the southern governorates, in general, suffer from the aggravation of the situation and the deterioration of public services, particularly electricity, water and sanitation, due to the renewed and escalating conflicts of the two armed factions, Saudi Arabia and the United Arab Emirates, over the extension of influence.