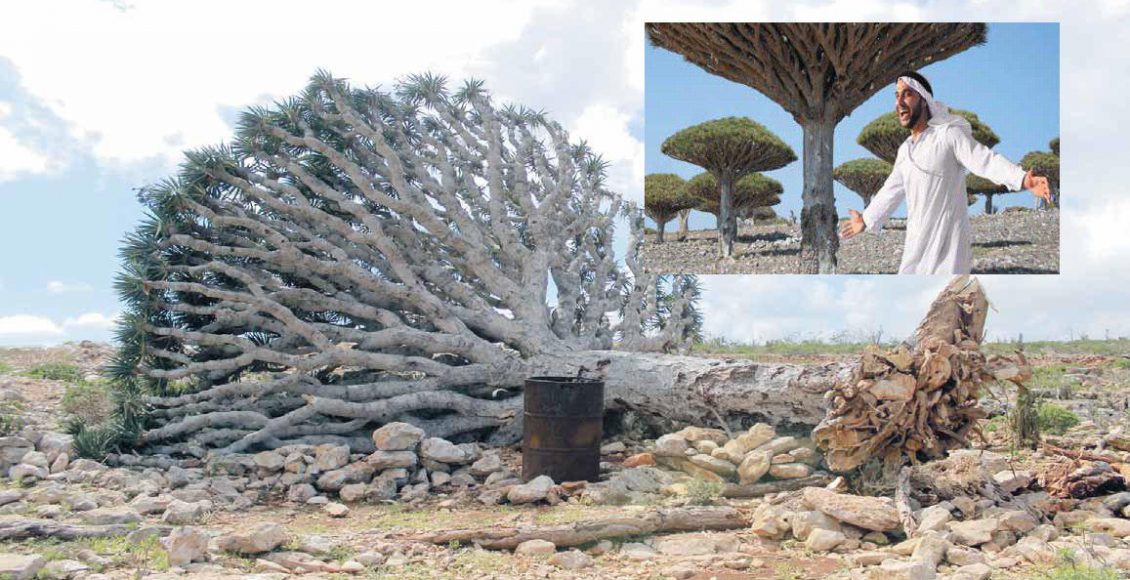 The Yemeni Ministry of Tourism on Sunday condemned the events taking place in Socotra Island, which represent a serious threat to the island’s natural and cultural heritage.

The Ministry held the Aggression Alliance and the conflicting parties there responsible for what the reserves and the natural and cultural heritage landmarks have been exposed to on the Island and its tourism product.

the statement called on the international organizations to quickly move speed, reject, and condemn any prejudice to the natural reserves and heritage that are unique to the island, and to demand the removal of the occupation forces from it.

The statement also called the islanders to protect the Socotras’ landmarks from any actions of the occupying forces or any out forces supported by it.

As well as, Minister of Tourism Ahmed al-Aliy announced that the losses of the Yemeni tourism sector due to the aggression and the blockade exceeded five billion dollars during the past five years.

al-Aliy explained that the Saudi-led aggression coalition has destroyed 475 tourist and archeological sites and monuments during the same period.

“The tourism sector was subjected to the largest fierce attack that targeted all aspects and trends of Yemeni tourism, including monuments and tourist facilities,” the minister said in a statement.

Trump Increases His Estimate of COVID Deaths in US to 100,000