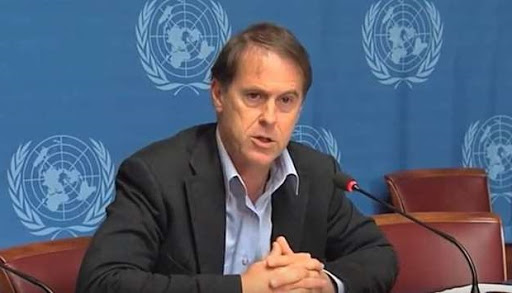 The United Nations has expressed concern about the rapid spread of the new coronavirus in overcrowded prisons in the United States and the rest of the American continent.

The Office of the High Commissioner for Human Rights (OHCHR) warned on Tuesday that overcrowding and poor hygiene in prisons in the Americas were facilitating the rapid spread of deadly flu-like pathogen.

“Thousands of inmates and prison officials have already been infected across North and South America,” OHCHR spokesman Rupert Colville said at a press conference in Geneva.

Colville said there are thousands of infection cases in prisons in the US and across the American continent, and that has been problematic and a major concern over the past weeks.

The spokesman stressed that the overcrowding levels in such prisons are “very disastrous when something like COVID-19 enters those facilities.”

Moreover, fear of infection has led to riots and killing of inmates in Latin American countries including Venezuela, Peru and Colombia in recent weeks.

“The seriousness of the incidents seems to indicate that in some cases the States have not taken appropriate measures to prevent violence in these prison facilities, and that they have used excessive force to try to regain control of them,” said Colville.
The OHCHR called on American countries to improve the sanitary conditions of prisons as well as wide access to diagnostic tests amid the epidemiological crisis.

Peru is among the worst-hit countries in South America, where doctors and nurses are struggling against the pandemic.

The novel coronavirus, which causes a respiratory disease known as COVID-19, first erupted in the Chinese city of Wuhan late last year before growing into a global pandemic, which has so far infected more than 3.6 million people and killed over 255,000 throughout the world.

The US administration, which is currently under fire over downplaying the coronavirus outbreak, has accused Beijing of mishandling the virus at home and covering up data on the number of its fatalities.

Two thousand ,787 violations of the aggression forces on the Hodeidah fronts during April

Kremlin Castigates US over Attempts to Recruit Russian Embassy Staff