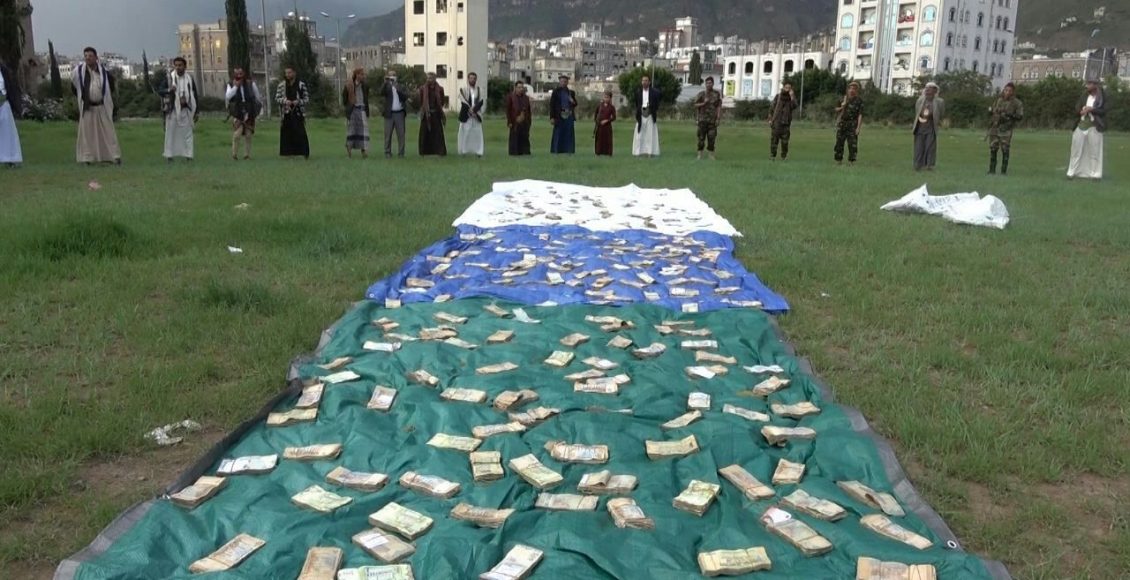 Tribe of Ibb provides battlefronts with a financial convoy

Aal-Qasim tribe in Ibb governorate sent on Thursday a financial convoy amounting to 11 million riyals to support the heroes of the army and popular committees in all Battlefronts.

While showing the convoy, the governor of Ibb, Abdel Wahid Salah, stressed that this convoy embodies the extent of giving of the people of this province for the sake of God, praising the generosity of the sheikhs and dignitaries of this ancient tribe.

Many officials attended the showing of the convey like the provincial agents, and Ashraf al-Mutawakkil, where the governor said that the Yemenis are determined to continue to stand up and address the brutal US_Saudi aggression, where this is the sixth year while the aggression and the suffocating siege is still constant, and the Yemenis are still sacrificing with money and fighters to support the fronts.

He called Ibb tribes to follow the example of the Aal-Qasim tribe and do what they can to support our fighters of the army and popular committees.

Speeches were made by the governorate’s social official, Yahya Aal-Qasim, and the head of the General People’s Congress branch in Ibb, Aqil Fadel, and the supply front officer, Nabil Al-Murtada, praising the support and generosity of the people of this governorate and their tribes, calling on all the tribes of the province to follow the example of the Bani Al-Muliki and Aal-Qasim tribes in providing generous support to the defenders of Yemen to made us feel pride, independence and sovereignty.