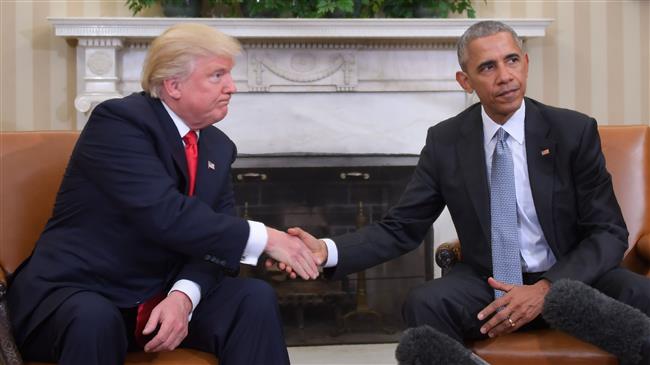 “The biggest political crime in American history, by far!” the president wrote in a tweet on Sunday, further claiming that Obama “used his last weeks in office to target incoming officials and sabotage the new administration.”

He made the comments in the wake of Obama’s complaint about the Justice Department’s dropping of Trump’s former advisor, Michel Flynn.

“When are the Fake Journalists… who received unwarranted Pulitzer Prizes for Russia, Russia, Russia, and the Impeachment Scam, going to turn in their tarnished awards so they can be given to the real journalists who got it right. I’ll give you the names, there are plenty of them!” Trump said.

US Attorney General William Barr is coming under pressure for dropping the case against Flynn.

The decision, made in spite of securing a guilty plea, has led to outrage from Democrats and other critics, including Obama.

According to newly uncovered documents, FBI agents mishandled the investigation into Flynn during the so-called Russia probe, which sought to unearth Moscow’s intervention in the US 2016 election or collusion between the Trump campaign and the Kremlin, but to no avail.