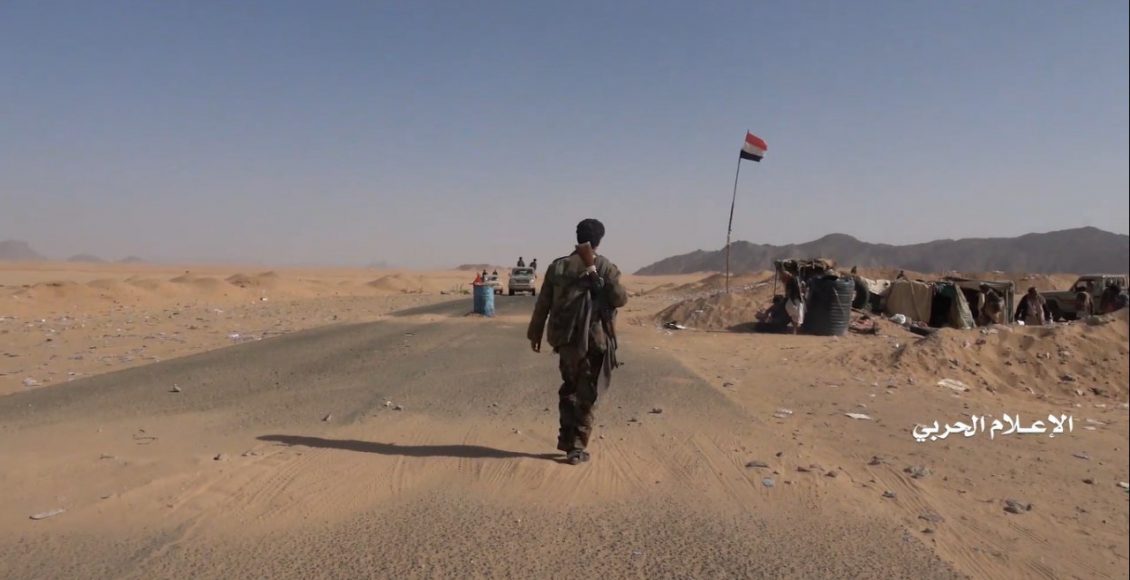 Footage of liberating a number of sites in al-Jawf

The military media unit of the Yemeni army and popular committees on Wednesday released footage showing the army forces launching an attack against sites of Saudi-led aggression mercenaries in al Jawf province.

The footage showed the army forces liberating a number of sites and heights in a large-scale operation of the army and popular committees in al-Mahashima area and its vicinity from a mountain range in Khab Washa’af district.

Tribal Meetings in Marib Confirms the Support of the Army ,the Committees in the Face…

The aggression launches airstrikes on Yemeni provinces, committs violations on…