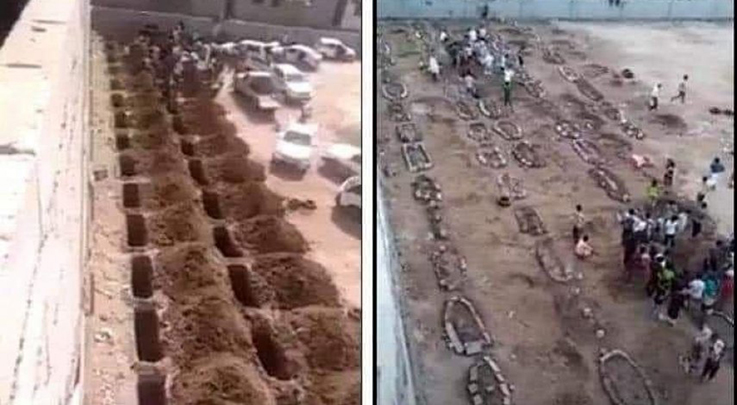 The city of Aden, in southern Yemen, lives in a catastrophic health situation that has never been seen before, as it suffers from the lack of all the features of human life, the health system has collapsed and all the infrastructure of the city has collapsed and the medical staff is facing danger and many doctors have died.

In statements to Al-Jazeera, former member of the Aden Local Council Nabil Ghanem said that Aden was not reconstructed, but was subjected to intentional occupation and neglect by the Saudi-Emirati coalition forces, and that the latter deliberately destroyed Aden.

“Since before its intervention in Yemen, the UAE has been seeking to destroy the port of Aden and stop work at it, in order not to compete with the port of Jebel Ali,” Ghanem said, accusing the UAE of seeking to destroy Aden by supporting the so-called Southern Transitional Council (STC) through the coup and declaring self-rule, exacerbating the health crisis.

He stressed that the Hadi government also bears the responsibility, because the situation is very tragic “Every hour we bid farewell to a friend or relative and we do not know who will die then,” he said. “Death toll in Aden is increasing rapidly, passing dozens of deaths per day, which is a large number compared to the number of the city’s population.”

Ghanem appealed to all countries of the world and all international organizations to save Aden quickly, to confront diseases and rebuild infrastructure, especially medical ones.

In his turn, Muhammad al-Mukhtar, a professor of political ethics at Hamad bin Khalifa University, said that what happens in Aden is a crime against the Yemeni people that lies in the coalition’s imposition of the blockade on all Yemeni lands, as war could continue without siege and starvation, accusing the parties involved in the war against Yemen of being responsible for this crime.

“Who bears the greatest responsibility for what is happening in Aden are the Emirates and the parties affiliated with it,” he said. “Reports indicate large and disastrous numbers of the dead in Yemen, but those responsible for the war underestimate the Yemeni people, the war in Yemen must stop so that the Yemeni people will be saved from the epidemic as soon as possible, before it is too late.”

Meanwhile, a Yemeni medical official stated that the number of deaths due to corona outbreak is increasing continuously due to the inability of the health sector to confront the epidemic and provide patients with medical care, in light of the limited equipment of inspection and industrial respiratory devices, medicines and means that provide professional safety means for the cadres Health.

He stressed the need for field hospitals and beds for intensive care, at least 500 respirators and trained medical personnel in Aden, pointing to the death of 6 doctors recently after contracting the virus as a result of contact with patients in the absence of safety measures.

The official called on the Yemeni government to seek assistance from countries and international organizations for urgent intervention, whether through floating hospitals, according to what the World Health Organization recently stated that it is studying proposals to do so, or by operating an air bridge, to relief Aden and other provinces where the virus is spreading, to save it from a catastrophe.

A Yemeni source had announced, days ago, that more than 600 people (including 6 government officials) had died of viruses and mysterious epidemics sweeping the southern governorate of Aden, while there was no official statement from the authorities in this regard.

The aggression forces will not achieve with the economic aggression what they fail in with military aggression : the head of the national delegation

For the second time .. YPC confirms the depletion of oil stocks within days, invites…