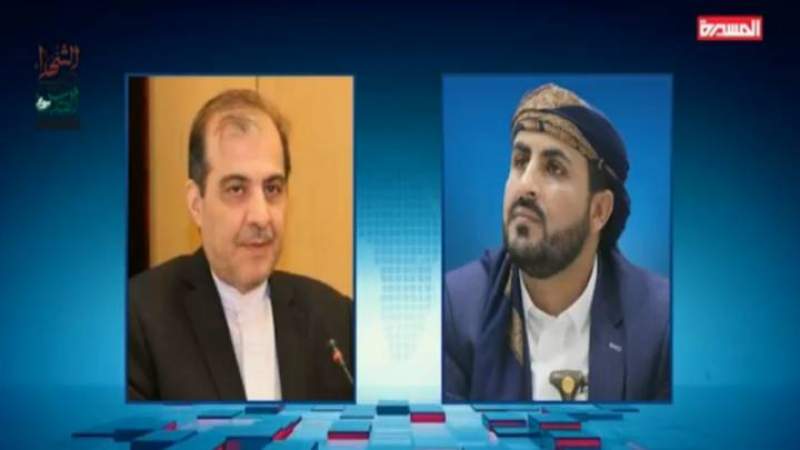 Sanaa discusses with Tehran delivery of aid to confront Corona

Sanaa discussed with Tehran on Tuesday the humanitarian situation in Yemen as a result of the continued war and siege imposed by the Saudi-led coalition, and ways to deliver humanitarian aid and medicines to confront Coronavirus in Yemen.

This came in a telephone call between the head of the national negotiating delegation and the official spokesperson for Ansaruallah Mohammed Abdulsalam and top aide to Iranian Foreign Minister Ali Asghar Khaji at dawn Tuesday.

Abdulslam and Khaji dealt with the political and field developments, the danger of the spread of the Coronavirus, and the acute shortage of possibilities to confront it due to the ongoing military aggression and the unjust siege.
The Iranian official stressed in the call the necessity of speeding up the delivery of humanitarian aid and medicines after the outbreak of the Coronavirus in Yemen.

Earlier, Abdulsalam had directed a warning to the coalition led by Saudi Arabia and the UAE of the consequences of the continuation of its war and siege on Yemen, and the prevention of entry of food, medicine, and fuel ships.

It is noteworthy that the coalition again deliberately wagers on the economic paper in pressuring the Supreme Political Council and the National Salvation Government by tightening the blockade and restricting the flow of food, medicine, and fuel through holding ships at sea.

Governor of Taiz, commander of the fourth region discuss the military and security conditions in the governorate

Yemen’s Houthis: A new challenge to Israel’s interests in the Red Sea region and Arabian Peninsula