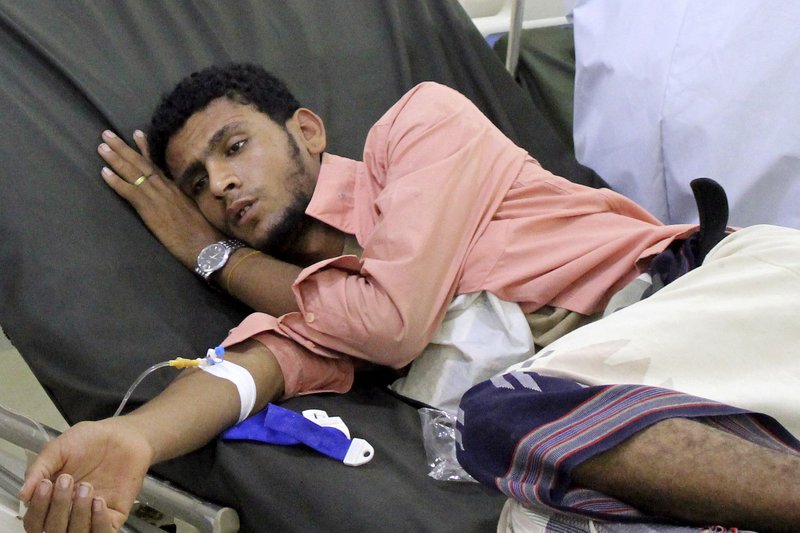 Hundreds of people in Aden, southern Yemen’s main city, have died in the past week with symptoms of what appears to be the coronavirus, local health officials said in interviews with The Associated Press.

The officials fear the situation is only going to get worse: Yemen has little capacity to test those suspected of having the virus and a 5-year-long Saudi-led war has left the health system in shambles.

One gravedigger in Aden told AP he’d never seen such a constant flow of dead — even in a city that has seen multiple bouts of bloody street battles during the war.

Officially, the number of coronavirus virus cases in Yemen is low — 106 in the southern region, with 15 deaths. Authorities in the north announced their first case on May 5 and said only two people had infections, one of whom — a Somali migrant — died.

The upswing in suspected COVID-19 cases in Yemen is sounding alarms throughout the global health community, which fears the virus will spread like wildfire throughout the world’s most vulnerable populations such as refugees or those impacted by war.

WHO says its models suggest that, under some scenarios, half of Yemen’s population of 30 million could be infected and more than 40,000 could die.

Half of Yemen’s health facilities are dysfunctional, and 18% of the country’s 333 districts have no doctors. Water and sanitation systems have collapsed. Many families can barely afford one meal a day.

Yemen has no more than 500 ventilators and 700 ICU beds nationwide. There is one oxygen cylinder per month for every 2.5 million people. WHO provided some 6,700 test kits to Yemen, split between north and south, and says another 32,000 are coming. The health agency says it is trying to procure more protective equipment and supplies to fight the virus. But WHO said efforts have been hampered because of travel restrictions and competition with other countries.

The war has already killed more than 100,000 and displaced millions.
UAE-BACKED MILITIAS LOOT BILLIONS OF RIYALS FROM YEMEN’S CENTRAL BANK

The south is a picture of utter collapse: Rival factions within the U.S. backed coalition are battling for control. No one appears to be in charge as an already wrecked health system seems to have completely shut down.

Health personnel, with little protective equipment, are terrified of treating anyone suspected of having the coronavirus.

Many medical facilities in Aden have closed as staffers flee or simply turn patients away. No one is answering a hotline set up by U.N.-trained Rapid Response Teams to test suspected cases at home.
Report | Patients of coronavirus die behind closed hospital doors amid shambles of health system
In this May 12, 2020 photo, a Yemeni man receives treatment as he lies on a bed at a hospital in Aden, Yemen. People have been dying by the dozens each day in southern Yemen’s main city, Aden, many of them with breathing difficulties, say city officials. Blinded with little capacity to test, health workers fear the coronavirus is running out of control, feeding off a war that has completely broken down the country. (AP Photo/Wail al-Qubaty)

“If you are suspected of having corona and you are in Aden, most probably you will wait at home for your death,” said Mohammed Roubaid, deputy head of the Aden’s health office.

From May 7 until Thursday, the city’s civil registrar recorded 527 deaths, the head of the office Sanad Gamel told AP.

The causes of death weren’t listed, but the rate was many times higher than the usual average death rate of around 10 people a day, city health official said. Multiple doctors said they were convinced the deaths are COVID-19 related. In a statement Thursday, Save the Children put the toll of people with COVID-19 symptoms in Aden the past week at 385.

Yemen’s Houthis: A new challenge to Israel’s interests in the Red Sea region and Arabian Peninsula

The aggression launches a series of raids on Al-Bayda, Al-Dhalea ,Al-Jawf