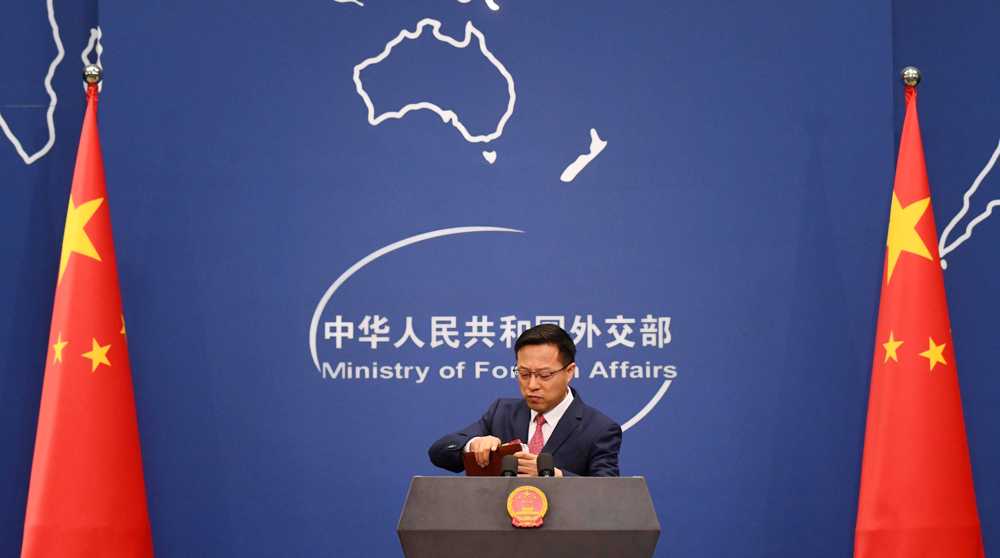 China has strongly refuted recent accusations by US President Donald Trump that Beijing authorities were responsible for the COVID-19 outbreak and ensuing “mass worldwide killing”.

Chinese Foreign Ministry spokesman Zhao Lijian on Thursday insisted that his country did its best to protect lives during the pandemic.

China has “always had an open, transparent and responsible attitude”, he said.

“We have persisted in speaking the truth, presenting the truth and speaking with reason, doing our utmost to protect the lives and health of the people,” he added.

His remarks came as the United States continued a war of words.

Trump has since made attacking Beijing a centerpiece of his November re-election bid, alleging that China covered up the initial outbreak of the virus.

The most recent comments were part of a flurry of his tweets.

“Some wacko in China just released a statement blaming everybody other than China for the virus which has now killed hundreds of thousands of people,” he tweeted.

“Please explain to this dope that it was the ‘incompetence of China’, and nothing else, that did this mass worldwide killing!”

Chamber of Commerce: US Economy to Suffer if Supply Chains Pulled from China