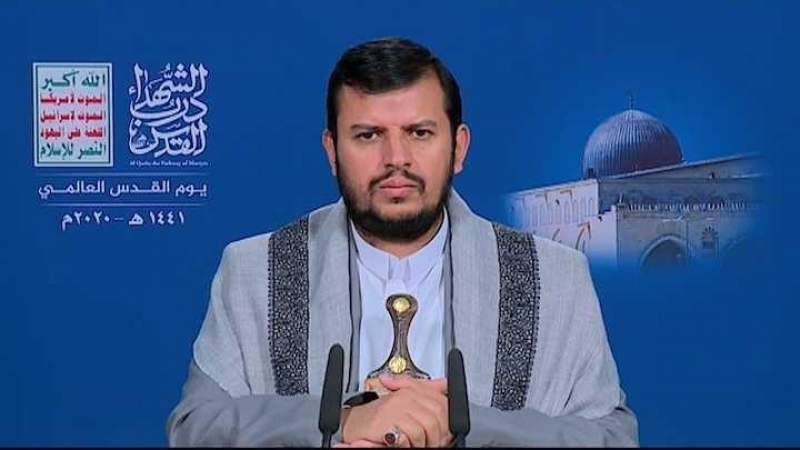 Sayyed Abdulmalik Badr Al-Din Al-Houthi, Wednesday, reiterated a previous offer to hold a swap deal with the Saudi regime that stipulates releasing Saudi pilots and soldiers in exchange for setting Palestinian prisoners held by Riyadh free, raising the number to include another pilot and 5 Saudi officers.

“We renew our offer to hold a swap deal with the Saudi regime. We may also release another Saudi pilot and 5 Saudi soldiers in exchange for setting Palestinian prisoners free if Riyadh agrees,” Sayyed Abdulmalik said, during his a televised address to issue a united address by leaders of Resistance movements on the occasion of Al-Quds Day.

“We hope that the Saudi regime will interact positively with our offer, if not for the sake of the Palestinian brothers, for the sake of its pilots and captive soldiers,” his eminence added.

In March 2018, the Saudi authorities carried out an arrest campaign targeting a group of Palestinians and Jordanians who had been living in the kingdom for a long time, based on vague allegations of supporting an unnamed “terrorist entity”.

After some detainees were held for nearly two years without being charged for any crimes, the Saudi authorities started a mass trial behind closed doors on 8 March 2020, at the Specialised Criminal Court in Riyadh.

On March 26, 2020, the Leader of the Revolution announced his complete readiness to release one of the captive pilots along with four Saudi aggressor officers and soldiers in exchange for the release of the kidnapped Hamas and Palestinian detainees.

Denmark sold arms to UAE despite ban over Yemen concerns