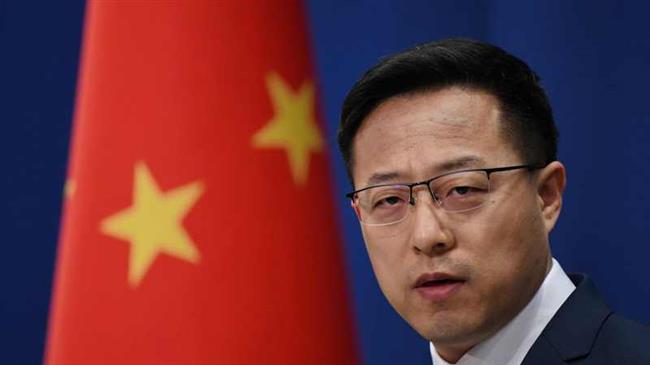 Beijing has pledged to safeguard the Chinese firms and institutions that have been recently sanctioned by the United States over alleged human rights violations against the Uighur Muslim minority in the restive western region of Xinjiang.

“China will take all necessary measures to protect the legal rights and interests of Chinese companies,” Chinese Foreign Ministry spokesman Zhao Lijian said at a regular press briefing in Beijing on Monday.

On Friday, the US Commerce Department announced that it has added 33 Chinese firms and institutions to an economic blacklist, citing national security concerns and Beijing’s maltreatment of its Uighur Muslim minority.

The commerce department said in a statement that nine companies were included in the list for their alleged complicity in human rights violations and abuses, mass arbitrary detention, forced labor and high-technology surveillance against Uighur Muslims and other ethnic minorities in Xinjiang.

The blacklisted companies will be subject to sanctions, which restrict their access to American technology and the purchase of US-related goods, the department added.