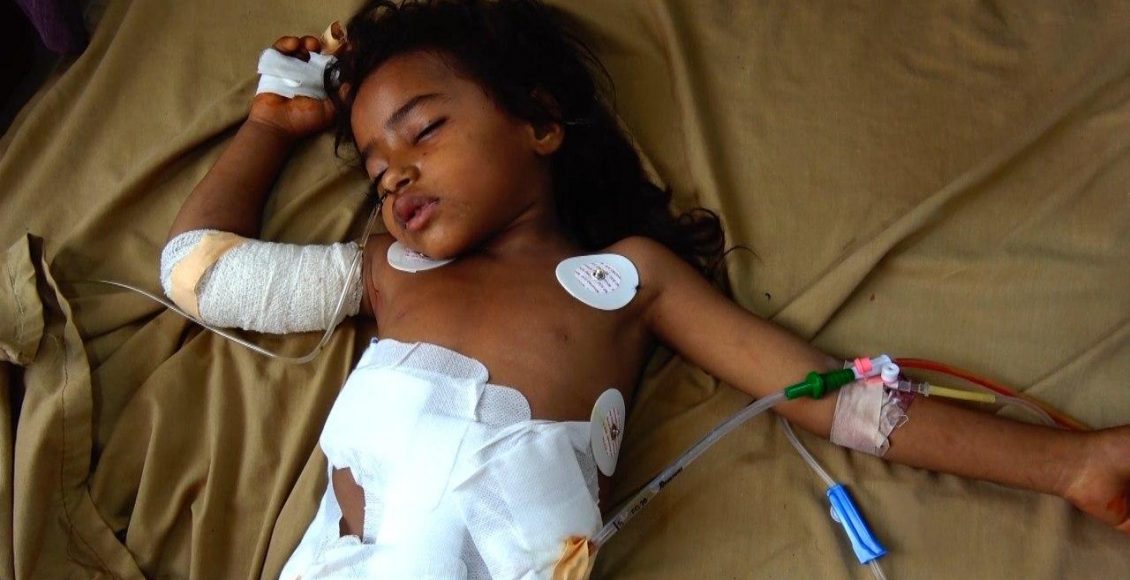 A child was injured by a Saudi artillery bombing in Shada, Saada

A female child was wounded on Tuesday, as a result of an artillery shelling launched by the American Saudi-led aggression coalition forces on Saada province, a security official said.

The aggression forces targeted populated areas in Shada border district, resulting in the injuring of the small girl, it added.

The aggression warplanes launched three airstrikes on the border district of Kitaf in the same province, in conjunction with intense Saudi missile and artillery shelling of villages in the districts of Monabbih and Shada.