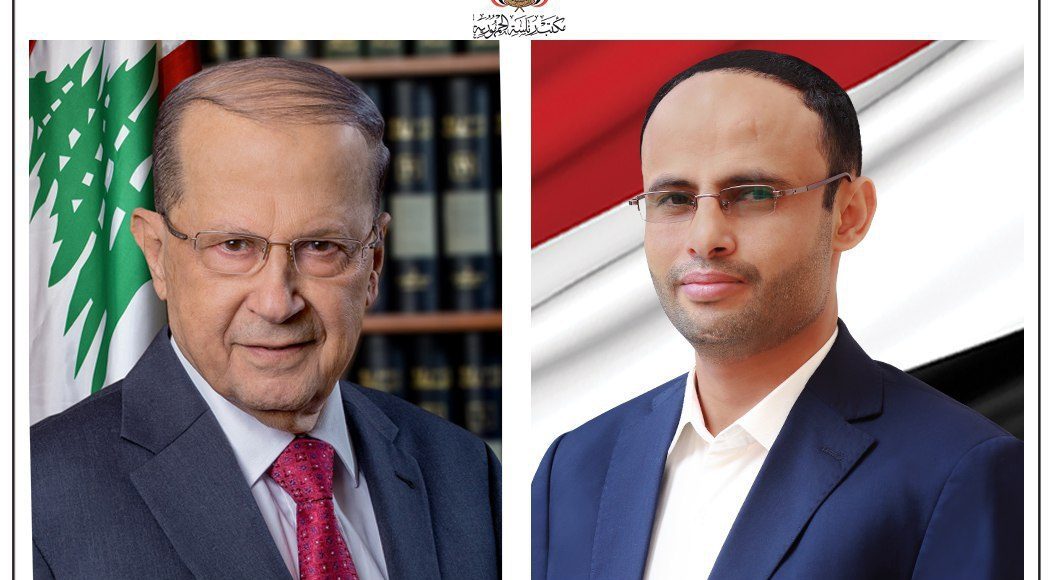 President Mahdi Al-Mashat, head of the Supreme Political Council, on Tuesday congratulates Lebanese President, Michel Aoun on the anniversary of Resistance and Liberation.

“We congratulates you  on the anniversary of the Lebanese liberation and the expulsion of the Israeli enemy from most of the Lebanese land. We share this joy with you and consider it a medal and pride for all our peoples who have made great sacrifices in the face of this enemy until those sacrifices culminated in this great victory,” Al-Mashat said.

“May 25, 2000 is the best proof that there is no peace with this enemy and that the option of resistance is the only option to liberate Arab land from the impurity of occupation,” he added. “The liberation of what remains of the land under the Israeli occupation is subject to the will that our peoples possess, those breathless forces behind normalization will not prevent them from the aspirations of the people, a setback from the confrontation line and a coup against the sacrifices and blood of the martyrs.”

In his message, Al-Mashat reiterated his assertion that the Yemenis stand by their brothers in Lebanon with all options until the completion of the liberation of their lands in the Shebaa Farms from the enemy’s impurity and arrogance and extending their sovereignty over the entire Lebanese soil.

He stressed that peace in our region is only with the end of the Israeli occupation of the entire occupied territories in Lebanon, Palestine and Syria.