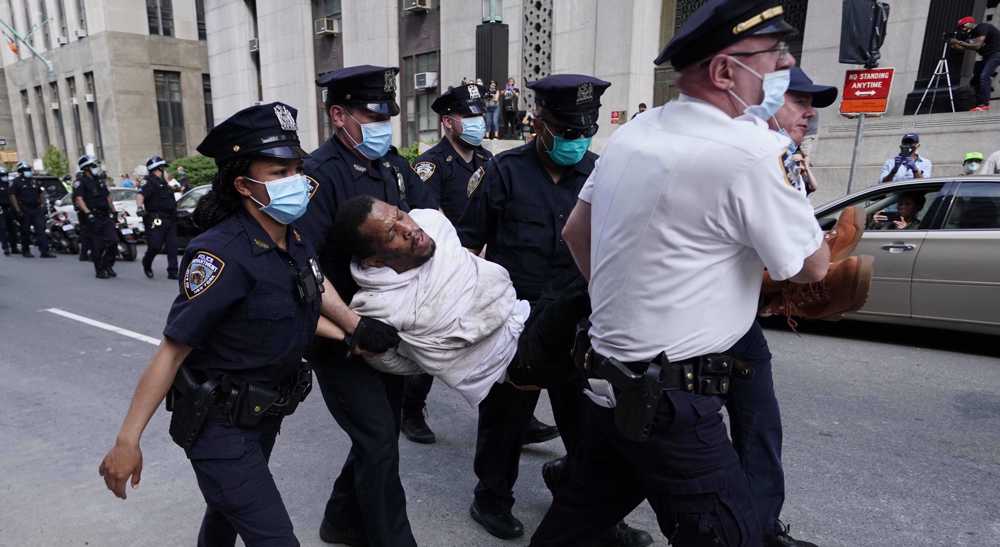 The Iranian Foreign Ministry has strongly denounces rampant bloodshed of African-Americans in the United States and the country’s suppression of the protests that have followed the recent grisly murder of a black man by a white police officer in Minneapolis.

“Iran regrets the tragic murder of black Americans, denounces deadly racial profiling in the United States & urges authorities to do justice for every case,” the ministry said in a tweet on Friday.

The condemnation came three days after disturbing footage surfaced online showing the police officer, Derek Chauvin, choking unarmed George Floyd to death after forcing him to the ground and pinning him down with his knee.

The officer refused to relieve the pressure, although Floyd was being heard repeatedly pleading for his life and saying, “I can’t breathe.”

The officers had been called to the scene — a Cup Foods’ store on the 3700 block of Chicago Avenue South — after the African-American victim was reported to be attempting to use forged documents.

Police spokesperson John Elders claimed that Floyd had resisted arrest, and also alleged that he had started “going into medical distress” after the officers forced him into handcuffs. The viral footage, however, came to clearly disprove the account.

Floyd’s death, a poignant reminder of repeated unjustifiable killings of members of the African-American community by the US police, has been followed by protests across the country.

The Foreign Ministry’s tweet incorporated an intercut of videos showing the police confronting the protesters, protesters running away from police violence, and demonstrators setting the US flag on fire.

Rallies have turned violent in Los Angeles and Minneapolis, where the police have fired tear gas and rubber bullets against the demonstrators.

On Thursday, protesters set on fire a Minneapolis police station in a third straight night of mass protests.

Minnesota Governor Tim Walz has activated the National Guard to reinforce the measures that are being used by the police in the face of the protests.

More than 500 guard members were activated and sent to Minneapolis and several surrounding cities. It was the first time the Minnesota National Guard has been activated for a civil disturbance in 34 years.

The Iranian Foreign Ministry said, “The protesters’ voice must be heard. In doing so, suppressing the suffering Americans & press freedom must URGENTLY be stopped.”

Earlier, Ministry Spokesman Abbas Mousavi had also said that the “brutal killing” of Floyd ”in cold blood” was “a harrowing demonstration of systematic racism and white supremacism.”

He had regretted that such racism and white supremacy that has enabled Floyd’s murder were being “glorified by the current [US] administration.”

Iranian people, meanwhile, held a gathering in the northwestern holy city of Mashhad, mourning Floyd’s death and lighting up candles in his memory.