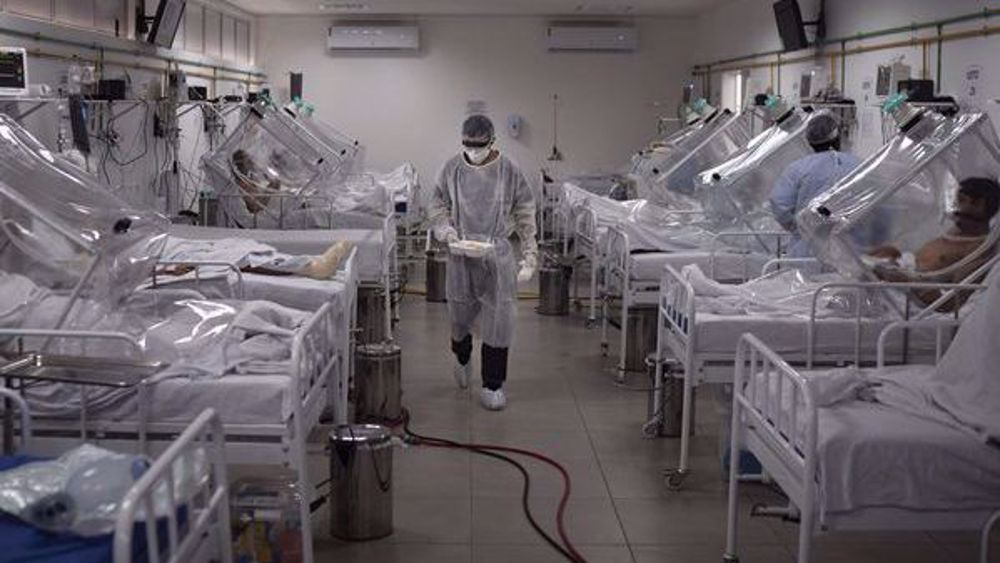 The new coronavirus has been found in the blood of more than six million people around the globe so far, according to Johns Hopkins University, and some 369,126 people have died of the disease caused by the virus (COVID-19).

Latin America reported a grim milestone of 50,000 deaths from COVID-19 and some one million confirmed cases. Experts say the true number could be much higher.

The European Union (EU) has called on US President Donald Trump to rethink a decision to terminate ties with the World Health Organization (WHO), and Pope Francis has implored world leaders to act generously to end the pandemic of poverty amid the global health crisis.

The following is the latest on the pandemic from the last 24 hours:

Brazil second only to US in caseload

Brazil reported a record 33,274 new cases of the viral infection on Saturday, according to the country’s Health Ministry, which put the overall tally at 498,440.

According to the data, Brazil’s outbreak is now second only to the United States, which stands on the top of the list of the most affected countries both in terms of cases and deaths.

Though cases are on the rise in Brazil, states are set to ease quarantine restrictions, as far-right President Jair Bolsonaro continues to play down the threat from the viral outbreak and keeps calling on governors to reopen economies.

Mexico, which is struggling to stem the spread of the virus, recorded 2,885 new cases and 364 more deaths on Saturday.

Colombia to shut down neighborhoods in capital

Meanwhile, Colombian authorities are planning to shut down the largest neighborhoods in the capital, Bogota, as the country’s caseload surpassed 28,200 and its death toll reached 890.

Bogota alone has reported more than 9,600 of the country’s cases.

The government issued new restrictive measures in three of the most affected cities, including Bogota, on Saturday, while the rest of the country prepared to relax quarantine rules.

Police and the military will enforce the lockdown in the capital and Cali and Cartagena. No one will be allowed out except to seek food or medical care or in case of an emergency.

In Chile, health authorities said the country had registered 94,858 cases of COVID-19 and 997 related deaths.

China, which was the first-ever country to report an outbreak, has recorded a total number of 84,128 cases and 4,634 deaths.

The National Health Commission (NHC) reported two new cases for Saturday. Both cases were imported to the Chinese province of Shandong.

No additional deaths were reported.

South Korea recorded 27 more cases on Sunday, according to health officials, who put the total caseload at 11,468.

Authorities also reported one death, taking the total toll to 270.