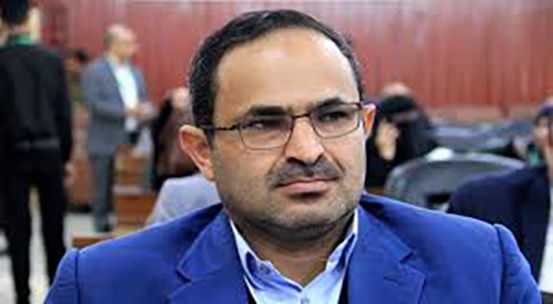 Quoted from the official website of al-Masirah, spokesman for the Ministry of Public Health and Population in Sana’a Dr. Yusef Al-Hadri, said that reported high death rate currently is not attributed to Coronavirus, indicating that at least 2000 citizens die every day in Yemen due to chronic diseases and various other diseases, including natural death. He called on the citizens not to be frightened by the Coronavirus, which it can impact the psychological health of society members.

“Before talking about the daily number of deaths due to COVID-19 in Yemen, I will talk about the death rate in general, before the aggression and the siege, i.e. in 2015. Infant mortality rate in Yemen before the aggression and the siege was already too high, reaching 68 children / 1000 births, about 138,000 annually. The annual death rate reached 8/1000 people, 240,000 Yemeni people die of a natural death every year, due to accidents and old age,” He explained.

After the US-Saudi aggression started and the siege on Yemen, “one child dies every 5 minutes due to malnutrition or an infectious disease, which means that we have 288 children are left to die daily. One out of 260 women dies due to complications from pregnancy and childbearing, about 25 women per day,” he added.

About 200,000 people die annually from of a chronic diseases such as (heart diseases – cancers – respiratory diseases – diabetes – injuries – other chronic diseases). About 24 to 30 patients die every day due to lack of medical treatmen, unable to travel for treatment abroad, since the closure of Sana’a airport by the US-Saudi aggression started.

According to Ministry of Health spokesman, the total is estimated at about 700 thousand Yemeni people who die annually, at a rate of up to 2000 deaths per day in all parts of Yemen, stressing that the aggression and the blockade have a very big role in the rise in this rate than it was before 2015, which did not reach 880 cases per day.

He explained that there are people at risk due to the aggression and the blockade. 800 thousand Yemeni people with diabetes, more than half of them do not find a suitable drug for their condition. One million one hundred thousand pregnant or giving birth women suffer from malnutrition. Two million children under the age of five are suffering from malnutrition, of whom 400,000 have severe acute malnutrition.

More than sixty thousand people have cancer. More than 320,000 Yemenis need to travel abroad to receive treatment, but were prevented due to the closure of Sana’a airport by the coalition of aggression. 8,000 people with kidney failure need at least two dialysis per week. 1000 people, who had kidney transplant, are in danger if the medications that they should use every day are cut off. About a million and a half million have some chronic disease (heart disease – liver disease – blood diseases – nervous and intestinal diseases – and others).

16 million Yemenis do not have access to safe water because of the aggression’s destruction of thousands of wells and reservoirs. They are at risk of contracting epidemic diseases like cholera – Bilharzia – amoeba, etc. and chronic diseases like kidney diseases, etc.

Dr. Youssef Al-Hadhri pointed out that this is a simple and quick summary of the health situation in Yemen for the daily death rate.

He addressed all Yemenis saying, “Therefore, when we see these days death cases, we should not associate them with COVID-19. 2000 Yemenis die per day due to these above reasons. These numbers should not be blamed on the epidemic, affecting the psychological health of our society.”