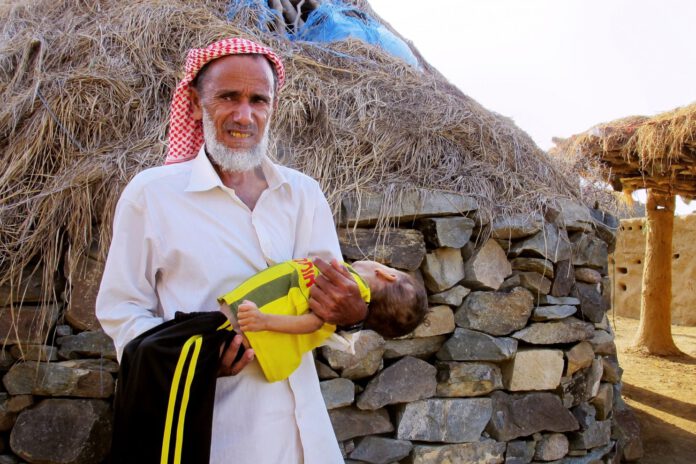 In combination of hypocrisy ; The purveyors of death cough up loose change for Yemen

A so-called humanitarian aid conference for Yemen last week raised a paltry $1.35 billion, some $1 billion short of the target and less than half the $3.2 billion raised last year.

The Saudi monarchy, which has spent $5 to $6 billion per month for the last five years on a criminal war against Yemen, primarily fought from the air, pledged just $500 million. Riyadh insisted $200 million of its donation would be spent through Saudi aid programmes, not those sanctioned by the United Nations (UN). It later emerged that this was not new money but money that had been pledged earlier and not delivered.

The US, UK, Norway and Germany contributed most of the remainder, small change compared to the sales value of their weaponry—supplied to the Saudi Arabian military—that has devastated the Arab world’s poorest country. The United Arab Emirates (UAE), the other major participant in the war, made no commitment to the UN’s aid appeal.

Dr. Abdullah al-Rabiah, the head of the King Salman Centre for Relief and Humanitarian Aid in Saudi Arabia that co-hosted the virtual conference, ascribed the shortfall to the impact of coronavirus on national budgets, omitting to say that every one of the participants had made billions available to their own corporations and financial institutions, including their arms manufacturers.

Mark Lowcock, head of the United Nations Office for the Coordination of Humanitarian Affairs and formerly the most senior civil servant at Britain’s Department for International Development, delivered homilies to the virtual summit about the UN’s determination not to abandon Yemen’s long-suffering people.

Unless more money was raised, said Lowcock, Yemen “will face a horrific outcome at the end of the year”. He added, “Yemen is now on the precipice, right on the cliff edge, below which lies a tragedy of historic proportions.”

The irony of appealing to the very forces that had produced this “tragedy of historic proportions” seems to have escaped him and the world’s press reporting on a conference that served to absolve the major participants of their crimes.

It came as no surprise that the response to the aid appeal was a noxious combination of hypocrisy, indifference and bullying.

While the Saudis have prosecuted the war by air, the UAE, operating out of its naval bases in the Red Sea and along Yemen’s southern coast, carried out a naval blockade of Hodeidah—Yemen’s principal Red Sea port. The UAE provided many of the ground troops, along with local or tribal militias operating in unstable and fluid alliances with different and opposing agendas, some backed by Riyadh and some by Abu Dhabi.

The five-year-long war, which has turned into several separate conflicts and a military quagmire, has led to the world’s worst humanitarian catastrophe for the civilians caught in the midst of this hellscape.

The Saudis’ 257,000 aerial strikes and the UAE’s naval blockade have caused the deaths of at least 230,000 civilians, both directly and indirectly as a result of hunger and disease and displaced some 3.6 million Yemenis. At least 14 million people are on the brink of famine, while 80 percent of the country’s 28 million people are reliant on food aid. Save the Children estimated last year that at least 75,000 Yemeni children under the age of five have starved to death since the onset of the war. The worst cholera epidemic on record has infected an estimated 1.2 million people and led to at least 2,500 deaths, while the recent floods have sparked a dengue fever outbreak in Hadramawt.

Hospitals and schools do not have the most basic necessities. Water supplies, telecommunications, electricity generation and the road system are barely functioning, due to the impact of the Saudi-led coalition’s airstrikes. Now the country, particularly in the south around the port city of Aden, is suffering from the double disaster of floods and the COVID-19 pandemic. Aden’s cemeteries are overflowing with bodies waiting to be buried.

The imperialist powers are up to their necks in this catastrophe. The US has sold hundreds of billions of dollars’ worth of weaponry to Saudi Arabia and provided surveillance intelligence used in selecting targets, training for pilots, a continuous resupply of bombs, missiles and other military hardware and, until November 2018, aerial refuelling of Saudi bombers so that they could carry out round-the-clock airstrikes.

US warships and other Western military vessels, including an Australian warship in February 2016, supported the UAE’s naval blockade of Hodeidah, claiming they were enforcing the arms embargo against the Houthis.

The Canadian government brokered a $14 billion arms deal for General Dynamics’ subsidiary in Ontario to supply Saudi Arabia with light armoured vehicles. Having suspended it after the Saudi regime’s grisly murder of journalist Jamal Khashoggi in October 2018, the Trudeau government is trying to reinstate it.

The UK, the former colonial power in Aden, has licensed more than $6 billion worth of arms sales to Riyadh, while providing intelligence and training for its military in Yemen.

The US and European powers supplied Saudi Arabia and the UAE with the fighter aircraft, the naval vessels, armoured vehicles and munitions whose supply chain extends throughout Europe and North America as well as with airborne-radar systems and drones, bolstering the coalition’s surveillance capabilities, and provided the air support for its land operations. The Saudis and Emiratis in turn supplied their local proxies with these armoured vehicles and military material.

While arms sales to Riyadh and Abu Dhabi long preceded the war in Yemen, they have continued and even increased since 2015, despite their use in attacks on civilians in clear breach of the 2013 Arms Trade Treaty (ATT). The ATT prohibits arms exports that could contribute to war crimes and violations of international humanitarian law (IHL). It requires states to assess the potential of any arms sales to commit or facilitate a breach of IHL before licencing any such sales.

Although the UN’s Human Rights Council has identified numerous violations of IHL in Yemen, including the Saudi bombing of civilian targets and the UAE’s blockade of Hodeidah, none of the imperialist powers supplying military equipment, large or small, to the coalition have halted their arms exports.

Last year, Britain’s Court of Appeal ordered the Conservative government to stop issuing new licences for arms sales to Saudi Arabia. This was after it found that the government had not even tried to assess whether British-supplied weapons would be used in Yemen, in breach of both international humanitarian law and Britain’s own laws. This has not stopped Johnson’s government proceeding with sales licensed prior to the case as it prepares to appeal the ruling.

In an earlier hearing, the government’s counsel James Eadie QC even had the gall to say that the evidence showed that Saudi Arabia—one of the world’s most barbaric and despotic states that carries out scores of beheadings every year, many in public—is “not a state flagrantly and wantonly violating IHL. It knows the eyes of the world are on it.”

Both the Obama and Trump administrations backed the war in Yemen as part of Washington’s efforts to forge an anti-Iranian alliance made up of the Saudi monarchy, the Persian Gulf Sunni oil sheikdoms and Israel, branding the Houthi rebels as an Iranian “proxy force” without ever producing a shred of evidence.

American imperialism’s purpose was to bolster its own geo-strategic domination of the energy-rich Middle East by maintaining the power of its local policemen in region. Yemen’s people, along with those in Iraq, Syria, Libya and Palestine, are paying a terrible price.

Minister of Health: Our policy in the face of Corona angered the aggression coalition

The aggression forces carry out 80 breaches in Hodeidah