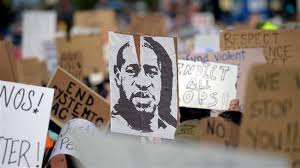 Scholar: History of US At Home and Abroad Is Riddled with ’Unimaginable Human Rights Violations’

The history of the United States at home and abroad is “a history of unimaginable human rights violations,” says Dennis Etler, an American political analyst who has a decades-long interest in international affairs.

The United States has slammed China for criticizing Washington over its brutal crackdown of anti-racism protests, describing Beijing’s criticism as “laughable propaganda”.

“This laughable propaganda should not fool anyone,” said US Secretary of State Mike Pompeo, making reference to newly-proposed security measures in Hong Kong.

In his statement, Pompeo launched a strong attack against the ruling Chinese Communist Party (CCP), criticizing Beijing for what he called “continuing contempt for the truth and scorn for law.”

In an interview with Press TV on Monday, Etler, a former professor of Anthropology at Cabrillo College in Aptos, California, said that “Pompeo’s patronizing and disingenuous remarks about China’s response to the protest movement sweeping the US and other imperialist countries cannot be taken seriously. All they do is further expose Washington’s hypocrisy.”

“The history of the United States both at home and abroad is a history of unimaginable human rights violations. There is no need to recount the litany of such abuses. This indictment extends to the other imperialist nations witnessing protests in support of the US demonstrations for racial equality,” he added.

“That is why the Black Lives Matter protests resonate in the former colonial states that raped and pillaged the world for centuries. Their citizens know by first-hand experience what Black Americans and other people of color suffer at the hands of the armed stormtroopers who rampage across the streets of US cities,” he noted.

“Once again Pompeo pulls off a sleight of hand trick. It is the US that has tried by hook or crook to destabilize China since the founding of the PRC in 1949. All of China’s efforts to seek accommodation with the US were rebuffed until it served US interests after its defeat in Vietnam. Then the US sought to recognize China as a means to isolate the Soviet Union,” he said.

“After the Cold War ended and China prevailed against the US-instigated Color Revolution in June 1989, the US has spread one lie and calumny after another about China without respite. It not so clandestinely, aids and abets every separatist movement meant to dismember the multi-national Chinese state and then accuses China of alleged human rights abuses when she moves to protect her sovereign rights and territorial integrity from Western-sponsored terrorists and pro-American ‘dissidents’ and faux pro-democracy advocates, who advocate the overthrow of the Chinese government and its replacement with a US vassal Quisling state,” the analyst said.

“The American propaganda assault against China is unrelenting, but when the Chinese have the temerity to call out the gross human rights abuses of the US unfolding on its city streets and its centuries of racial oppression against African Americans, Pompeo launches a fuselage of abuse against her. Pompeo obviously wants to have his cake and eat it too. But no one in their right mind can take anything this pompous ass says seriously,” he concluded.

In front of Massacres of Global Terrorism, Yemen Victorious over Coronavirus