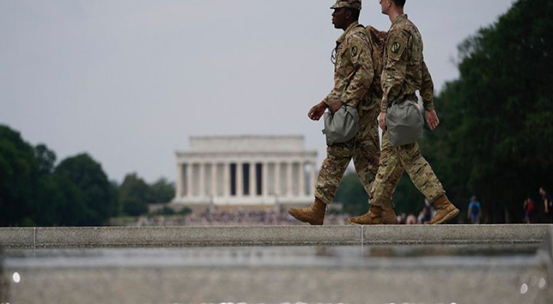 It’s Not Just Trump, The World Worries America Is Broken

For more than three years, many of America’s closest allies have comforted themselves with the thought that Donald Trump’s populist presidency was a historical aberration, and that the United States would ultimately return to its democratic and internationalist roots. But a season of pandemic and protest has shaken that faith, pulling back the curtain on a country plagued by deeper social, economic, and political ills.

Today, the United States is the locus of international condemnation—targeted not just at its president, but also at its precedent, with scenes of unchecked police brutality, lynchings, and the unexorcised demons of slavery and the Civil War horrifying onlookers from Geneva to Gabon.

In Geneva, a key bloc of African governments is pressing for a United Nations inquiry into abuses against descendants of Africans in the United States and elsewhere. A group of 20 senior UN officials from Africa, including Tedros Adhanom Ghebreyesus, the Ethiopian director-general of the World Health Organization, recently issued a joint statement condemning the police brutality in America’s cities.

“As senior African leaders in the United Nations, the last few weeks of protests at the killing of George Floyd in the hands of police, have left us all outraged at the injustice of racism that continued to be pervasive in our host country [the United States] and across the world,” the group said.

“The situation in the United States requires an international response that can help ensure that people of African descent in that country are no longer subject to routine but egregious violations,” she said. Achiume urged the council to establish a commission of inquiry “with the necessary authority to investigate systemic racism in law enforcement in the United States.” The failure to do so, she said, “would signal that black lives do not matter.”

The United States, which withdrew from the rights council in June 2018, had apparently succeeded in persuading friendly countries, including Britain, France, and Mexico, to pressure the Africans to drop their call for such a commission, and to delete any specific references to America’s role in repressing its black citizens. Instead, the council appears likely to adopt a resolution Friday asking the high commissioner for human rights, Michelle Bachelet, to conduct a review of abuses against descendants of Africa anywhere in the world.

Foreign leaders and diplomats broadly agree that Trump displayed what they view as gross incompetence in his response to the coronavirus, as well as to several weeks of political upheaval. But what has disheartened observers abroad is that even liberal states and cities, including New York, have proved woefully unprepared for a long-predicted pandemic, before eagerly taking up the truncheons to pummel peaceful protesters. Some of the most violent crackdowns on demonstrators protesting the killing of George Floyd have played out in blue states and cities, including Los Angeles, Minneapolis, and New York, under liberal political leaders.

From afar, the latest demonstration of American carnage appears to be yet another sign of a great power spiraling at high speed into a period of national and international decline.

“There has been a dramatic decline in American political and soft power under Trump,” said Andrew Gilmour, a British national who served as UN assistant secretary-general for human rights. “I come from a country that experienced decline, but it took decades. This is happening much faster. A Democratic victory may stanch it, but it cannot reverse the damage Trump has inflicted on American prestige.”

Not everyone has given up on the United States, which has lived through this before. The civil rights movement of the 1960s left images of Southern cops unleashing dogs and firehoses on peaceful black protesters; by the end of the decade, the world was lamenting the My Lai massacre in Vietnam. The new century brought photos of tortured detainees at Abu Ghraib prison in Baghdad, followed in the Trump years by internment camps for immigrant minors.

US soft power was already dwindling under Trump. But the new wave of police violence and racial injustice may be drying up the reserves.

The secretary-general changes course on staffers’ participation in demonstrations against police brutality in the United States, citing a UN history of fighting discrimination.

US fails to gain support for an immediate investigation into coronavirus origins and for bringing Taiwan on as observer.

Jan Eliasson, a former Swedish foreign minister and ambassador to the United States, was a high school exchange student in Indiana in 1957, heady on visions of America as a beacon of democracy. And then he witnessed Little Rock, when local racists used police and troops to prevent black children from attending school, and began filling his scrapbook with a different American chronicle.

“I was in shock. I had come as a young student with a view of America as a champion of democracy,” he said.

But he said that his faith in American institutions and values was restored after President Dwight Eisenhower dispatched paratroopers to enforce a landmark 1954 Supreme Court ruling desegregating American public schools.

“I must admit when I saw President Trump aiming to get the military in to fight demonstrators on the street I swallowed twice,” he said. “But I was deeply impressed that the top echelons of the military stood up for the constitution. I thought that was the best of America.”

America’s reputation has certainly taken a beating under Trump’s presidency, according to Michael Fullilove, the executive director of Australia’s Lowy Institute. And that’s only been accentuated by America’s world-worst handling of the coronavirus pandemic. Almost all other developed countries have sharply reduced cases and hospitalizations; only in the United States (and to a certain extent, Britain) are both still spiking.

The United States has bounced back before. Michel Duclos, a former French ambassador to Syria and special advisor to the Paris-based think tank Institut Montaigne, recalled conversations with U.S. diplomats after revelations of American torture at Abu Ghraib.

“Colleagues in the American diplomatic services told us that it was the worst day in our diplomatic history,” he recalled. But he said the United States has been able to rebuild its diplomatic standing. “So in a way American already went through this kind of situation and was always able to rebound. There is this idea that if Trump is not reelected there should be a rebound.”

The difference this time around, he said, is that U.S. allies are questioning the extent to which there may be “something broken in the fabric of American society itself. You have at the same time a broken society and a broken political system.”

Fullilove has not lost hope that a Democratic victory in the November elections could begin to restore America’s standing.

“The world will always remember America elected Donald Trump president, but I think you can make up a lot of the ground you lost,” he said. The United States, he added, has a long history of “sinning, falling, and picking yourself up and redeeming yourselves.”

But for overseas observers, that means making sure that Trump’s election really was an aberration.

“I would be much less confident about the United States recovering its global position if Americans were to reelect President Trump,” Fullilove added. “What does it tell the world if Americans look back at the past four years and say: ‘More, please’?”

Report: Mask of American democracy falls when it returns to the Racism