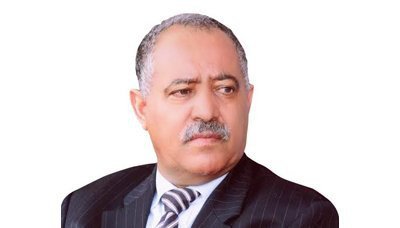 Speaker of the House of Representatives, Yahya Ali al-Raee, on Wednesday, said that Yemen denounced the UN-issued decision for removing the Saudi-led aggression from the Child Killers’ List in Yemen.

In a letter written to the Secretary-General of the United Nations, Antonio Guterres, al-Raee regretted the unfair decision to exclude the aggression coalition from the blacklist of child killers in Yemen, in light of the crimes and genocide committed by the aggression against the Yemeni women and children for five years.

The Speaker of the parliament indicated to the United Nations’ reports on the Yemeni children’s rights being violated by the coalition, as well as the reports regarding the coalition’s responsibility to kill thousands of children, most of them by airstrikes.

He stressed that these crimes against the Yemeni people are documented by the United Nations and civil society organizations, especially the killing of Yemeni children as a result of airstrikes on schools, homes, and roads.

He pointed out that more than five million children in Yemen are at risk of contracting deadly diseases due to the ongoing blockade following the United Nations reports.

Al-Raee called the United Nations to back away from the unfair decision against the Yemeni people.

He pointed out that the United Nations was addressed more than once that the main objective by the aggressive countries aimed at occupying and dividing Yemen, adding that what happening in Socotra and Mahra provinces by Saudi Arabia and UAE’s occupation forces is a good example.

Al-Jumhori Hospital Authority: the detention of oil ships is a death sentence for the sons of Yemen