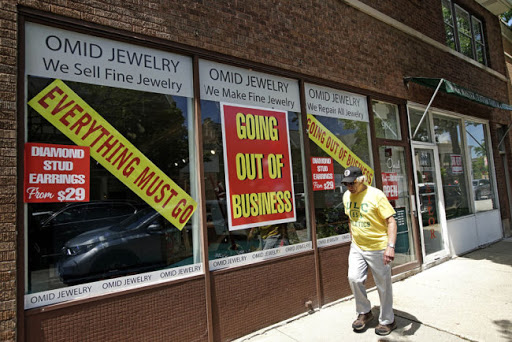 The new claims were a decrease of only 60,000 from the week prior and brought the total since the business shutdowns began in mid-March to more than 47.2 million.

Adding to the toll was the 728,120 people applying for benefits last week under a special program for people not normally eligible, while the insured unemployment rate of people actually receiving benefits dropped half a point to 13.4 percent in the week ended June 13.

Jobless claims peaked in mid-March after skyrocketing due to the business shutdowns, and they’ve remained well above any levels seen during the global financial crisis since then.

The four-week moving average on claims has fallen from 1.78 million to 1.62 million, which Rubeela Farooqi of High Frequency Economics said was a positive sign even as data shows businesses may be struggling as states try to restart activity amid a surge in virus cases.

“The decline in continuing claims for a third straight week is encouraging and continues to signal hiring and rehiring.”

Ian Shepherdson of Pantheon Macroeconomics said the renewed surge in cases in the United States, where more than 35,900 cases were reported in 24 hours on Wednesday, could send claims upward again.

“The danger now is that claims rebound in other states where infections are rising rapidly, and people are starting again to stay away from restaurants and malls,” he wrote in an analysis.

Invaders and traitors continue to violate the UN truce in Hodeidah ,airstrikes on several provinces

25 offensive operations by the enemy ,over 400 raids over the past week: Brigadier General Sarie