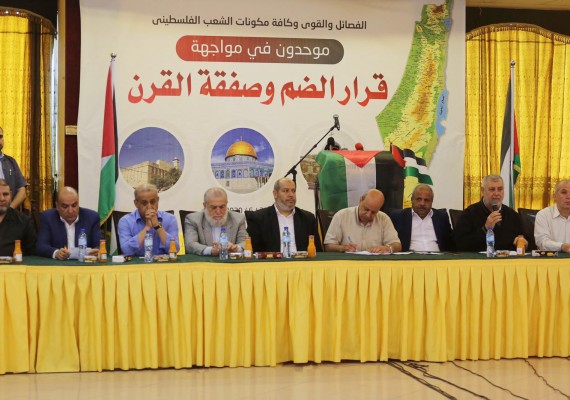 Palestinian Resistance Ready to Respond to Annexation of West Bank

Reports suggest that Some leaders of Palestinian Resistance have ordered military forces to prepare themselves to respond to Zionist regime’s plan of annexing West Bank to the occupied lands.

According to these reports, all military forces are at their highest readiness and the cooperation among these forces is underway through the framework of joint operation rooms.

“Palestinian Resistance considers Zionist Regime’s plan of West bank annexation actually a war declaration against itself” warned Abu-Ubaydah, the spokesman of Al-Qassam armed wing of Hamas, stressing that they will make their Zionist enemy regret to what they’ve decided to do.

US calls China the New East India company at sea