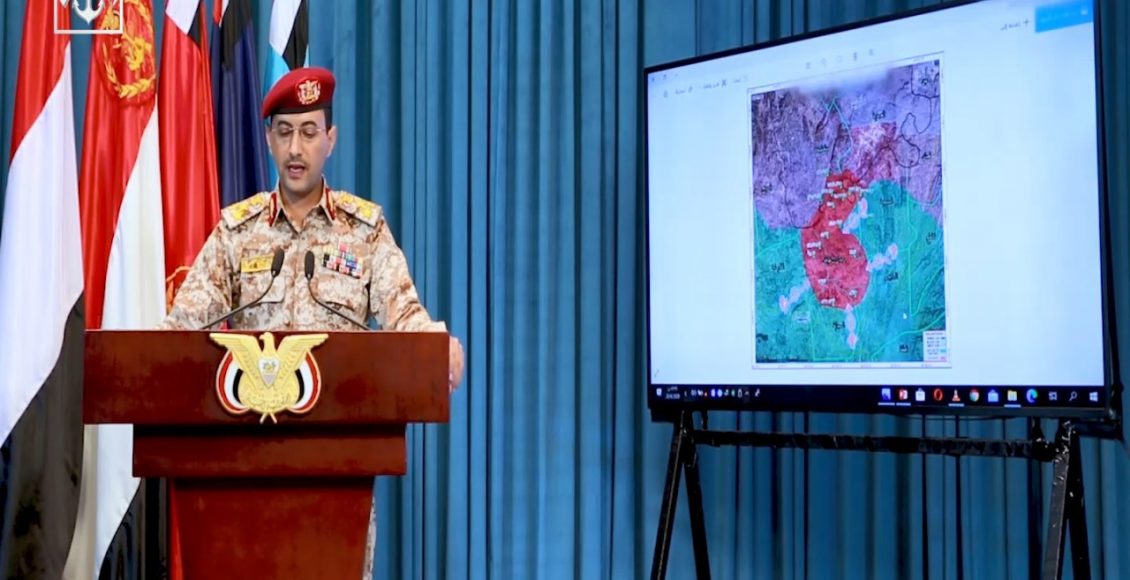 Liberation of several areas in Bayda, Marib annonced by the Armed forces

Completely liberating Radman district and Qaniya area in Bayda province and Mahaliyah areas and parts of al-Abdiya district in Maib province was by the Armed Forces announced on Monday.

The armed forces freed an area of 400 square kilometers of areas in Bayda and Marib, the army spokesman, Brigadier General Yahya Sarie, said in a press briefing this afternoon

During the military operations towards Qaniyah front of Bayda, the enemy witnessed extensive collapses in its ranks and daily casualties, Sarie pointed out

The army spokesman reviewed the military support provided by the aggression countries to the traitor Yasser al-Awadi through two military brigades led by the mercenaries Abdulrab al-Asbahi and Saif al-Shadadi, in addition to a number of military armored vehicles and various equipment and mercenaries from al-Qaeda and ISIS, as well as an air cover with more than 200 air raids by the aggression coalition aircraft.

The offensive plan to eliminate the sedition of the traitorous al-Awadi necessitated advancing from four tracks: which are al-Qurashiya, al-Sawadiyah, al-Malajem, and al-Sodiya, Sarie explained.

He praised the cooperation of the citizens of Radman district with the army forces in sparing their district the destruction and occupation.

The number of dead, injured and prisoners of the enemy forces during the operation, which lasted three days, amounted to more than 250, in addition to destroying at least 20 military vehicles and seizing large quantities of weapons, including stores, the army spokesman said.

After the liberation of large areas in Bayda and Marib, the army began immediately measures to re-normalize the conditions in those areas, he added.