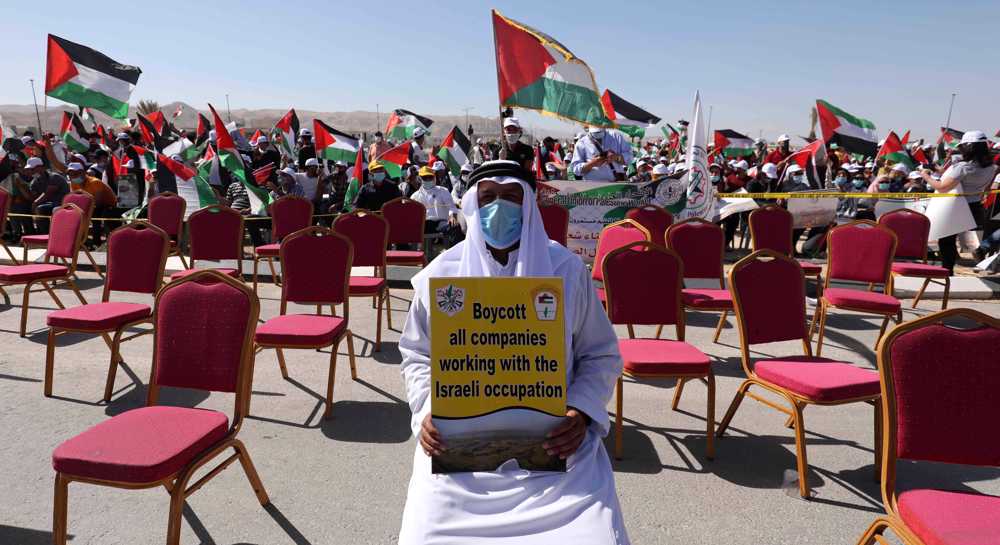 ’Day of Rage’ Protests Against Israeli Annexation to Hit US, Europe

Protests condemning the Israeli plan to annex parts of the occupied West Bank are set to take place in the United States and Europe on the same day prime minister Benjamin Netanyahu plans to begin the process.

The demonstrations will be held on Wednesday in Chicago, San Diego, Brooklyn, Los Angeles and San Francisco. Other Western cities will also witness similar protests, including Toronto, Madrid and Valencia.

Students for Justice in Palestine, Jewish Voice for Peace, and American Muslims for Palestine are among the pro-Palestinian groups organizing the protests.

The Samidoun Palestinian Prisoner Solidarity Network, one of the organizers, urged “direct actions and popular mobilizations in [Palestinian] refugee camps, cities and villages,” and professed “loyalty to the martyrs” on its call for the events.

Another group, Al-Awda or the Palestinian Right to Return Coalition, decried “72 years of genocide, ethnic cleansing and dispossession” of Palestinians.

It also tied their demonstrations to the protests against anti-black racism in the US and beyond.

Netanyahu has set July 1 as the date for the start of cabinet discussions on the annexation plan.

He has been driven ahead by US President Donald Trump, who unveiled a “peace” plan for the Middle East in January that effectively sidelines the Palestinians altogether.

The plan, which Trump himself has described as the “deal of the century,” envisions Jerusalem al-Quds as “Israel’s undivided capital” and allows the Tel Aviv regime to annex settlements in the occupied West Bank and the Jordan Valley. The plan also denies Palestinian refugees the right of return to their homeland, among other controversial terms.

The Palestinians want the West Bank as part of a future independent Palestinian state with East Jerusalem al-Quds as its capital.