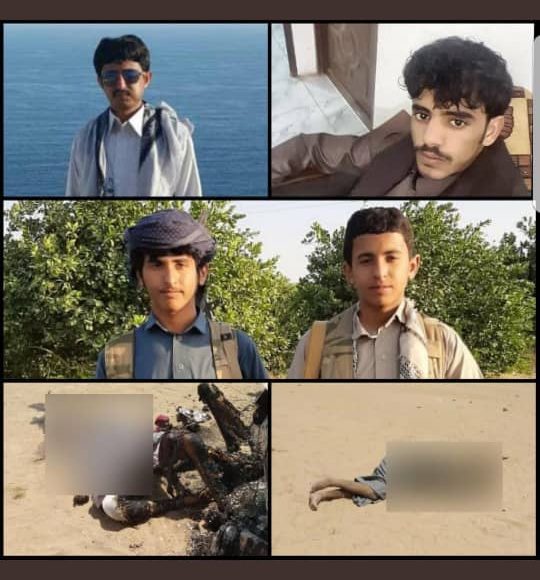 Quoted from the official Saba News Agency that a fair-minded observer sees what is going on in the Yemeni field gets stunned and extremely shocked of what is happening in the so-called the aggression coalition claimed it liberated provinces like Marib, Taiz, Aden, and the rest of occupied Southern provinces that represent the chaos and insecurity which became a reality in such provinces are governed by the armed gangs have their funding, supporters, orientations, and agendas.

Armed gangs wreak havoc in the occupied province. They terrorized citizens and looted public and private property. Their acts of sabotage are not governed by laws, morals, principles, values, and a sense of national responsibility towards the homeland and citizens.

Killings and assassinations have been heard and watched daily in the occupied provinces, Yemeni blood is shed around the clock and feeds the criminal tendency among the armed militias in those provinces, in the same context, the aggression coalition sees and wants Yemen to be run by Takfiris and armed ISIS gangs for implementing its agenda is tearing Yemen apart and to make it easy to control and loot its wealth, resources and capabilities.

Provinces are run by the army and popular committees, on the other hand, characterized clearly by security and social peace, caring for the interests of citizens, their property, their secure livelihoods, and the unprecedented safety situation in the various free provinces and their districts and areas.

The crime committed by the Islah militias against the al-Suba’yan family in Marib province is a clear sign of the security chaos in the areas of the occupation forces ’control, which was and still is practicing the worst forms of repression against citizens because of their belonging and ethnicity.

This crime is a clear expression of the despair, failure, and confusion that the aggression and the Islah militias have reached, it will not go unanswered, everyone is required to act responsibly to confront the aggression and drop the malicious projects that it brought and work to restore the social fabric to its normal state.

The task of humanitarian organizations claiming to defend freedoms and rights has become more urgent today than ever, and it is required to condemn this crime, which is part of the war crimes against humanity carried out by militias linked to the aggression to demonstrate the defense of rights and freedoms, and this crime is also a reminder to United Nations which removed the Kingdom of al-Saud from the list of shame of children rights’ violations in Yemen.

The al-Suba’yan crime is a dangerous precedent in the Yemeni society, as it contradicts the original tribal norms that place great consideration on the sanctity of homes, women, and children.

International Crisis Group: Saudi Arabia Will Not Be able to Declare Victory

Director of oil company: aggression releases only two ships that do not cover more than 5 days