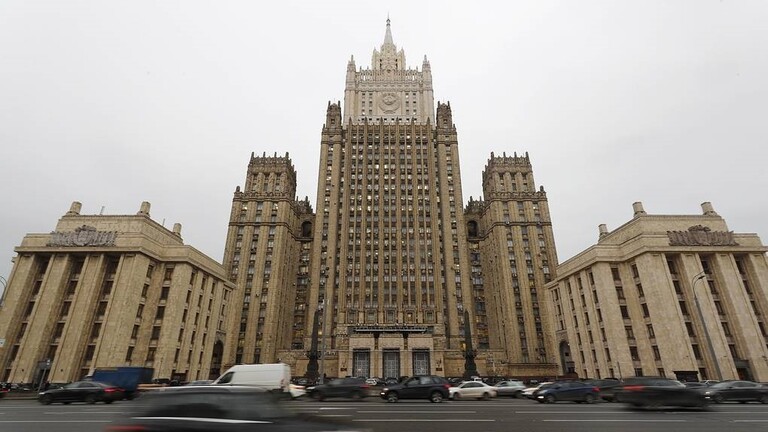 نشر في Jul 5, 2020
Russia’s Foreign Ministry has responded to a report by the US State Department on arms control, which focused primarily on baseless allegations against Moscow, calling US diplomats out for “fact juggling” and “falsification.”

The annual report, titled “Adherence to and Compliance with Arms Control, Nonproliferation, and Disarmament Agreements and Commitments,” was recently presented by the Department of State to Congress. While the piece is basically an internal US document from one government body to another, it is primarily focused on activities of other nations – instead of providing an account of the US’ own activities, Russia’s Foreign Ministry said on Saturday.

The American authorities use their traditional tactics of shifting responsibility in order to divert the attention of the international community from their own real efforts to break the decades-old system of treaties and agreements in the field of arms control.

The report yet again squarely blamed Moscow for the downfall of the Intermediate Range Nuclear Forces (INF) Treaty, which crumbled last year. The only reason behind the demise of one of the cornerstone arms control deals was “Russia’s failure to return to full and verifiable compliance with the treaty despite US efforts,” the State Department claimed.

The document, however, neglected to mention the transparency Moscow had shown while trying to salvage the INF, in demonstrating the missiles that allegedly violated it. The US ‘efforts,’ in reality, were basically an ultimatum, demanding that Moscow destroy munitions which Washington claimed to be non-compatible with the agreement, the ministry said.

It also suggested the document appears to be laying groundwork to undermine other arms control agreements. The report accused Moscow of conducting “nuclear weapons-related experiments that have created nuclear yield,” admitting in the very next sentence that the US “does not know how many, if any, supercritical or self-sustaining nuclear experiments Russia conducted in 2019.” Apart from the self-admitted lack of any facts, the allegation is actually related to America’s own standard of “zero-yield” testing, to which Russia does not have to adhere, the ministry noted.

The real goal of such allegations is to divert attention away from the Comprehensive Nuclear-Test-Ban Treaty (CTBT), a major agreement signed over 20 years ago – which the US has actually never ratified and so has never entered full force. Instead, Washington has a self-imposed moratorium on nuclear tests, and it looks like it’s getting ready to abandon that as well, triggering the downfall of the CTBT, the ministry suggested.

“We officially confirm that Russia continues to strictly adhere to the declared moratorium on nuclear tests and to comply with the CTBT provisions,” the ministry stressed. “Unlike the United States, we ratified it 20 years ago and are successfully implementing it.”

While peddling baseless allegations against Moscow, the report omitted any reference to the US program to fit Trident II missiles with ‘tactical’ nukes, preparations to bring back sea-launched nuclear-tipped cruise missiles and other activities, the ministry said.

The report did say though that Moscow was compliant with the last major arms control deal left standing – the New START Treaty, which is set to expire early in 2021. At the same time, the US stock of treaty-regulated weaponry exceeds the allowed limit, the ministry noted. Still, thanks to Washington’s unreasonable demands, the crucial treaty may expire. The US has repeatedly called upon Russia to somehow try and bring China into the deal, and Beijing has firmly refused to partake. China’s reluctance to participate is hardly surprising, given the strategic imbalance between it and the two major nuclear-armed nations. Beijing’s nuclear arsenal is estimated to be around 320 various warheads, compared to the 4,000-5,000 in US and Russian stocks.

With the looming collapse of the New START, as well as the recent demise of the INF and the Open Skies treaty, the international arms control system will soon lie completely in ruins, the ministry warned. “If the trend continues, it looks like the title of the report’s next issues will have to omit even the mention of disarmament and then – of arms control altogether,” it said.

For The First Time, US Mission Warns Its Citizens after Wider Operation on Riyadh