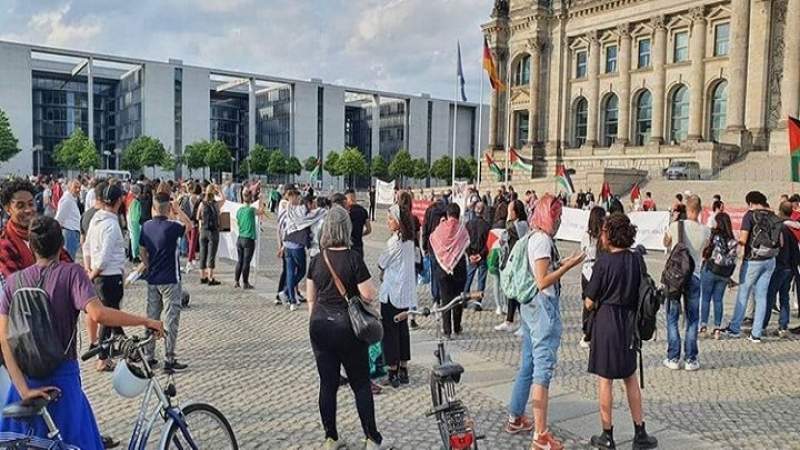 On Saturday, the Greek capital, Athens, witnessed a protest demonstration, rejecting the Zionist enemy’s plans to annex parts of the West Bank.

Protesters in front of the Zionist embassy in Athens, organized by Greek parties and the Palestinian community, confirmed their absolute rejection of the annexation and settlement plan and the so-called “deal of the century”. They called on the Greek government to recognize the state of Palestine with its capital in Al-Quds, impose sanctions on the occupation and hold it accountable for its crimes against the Palestinians.

In Austria, the capital Vienna witnessed a protest against the Israeli occupation plans annexing parts of the West Bank.

During the protest organized by Austrian parties and the Palestinian community, the participants affirmed their absolute rejection of the annexation and settlement scheme. They demanded the international community impose sanctions on the Israeli occupation and hold it accountable for its crimes, respecting Security Council resolutions and United Nations charters that support the legitimate rights of the Palestinian people, especially the right to self-determination.

The announcement by the Israeli occupation authorities of its intention to annex lands from the West Bank raised international condemnation positions coinciding with demonstrations in many American cities and European capitals against these plans to liquidate the Palestinian issue.