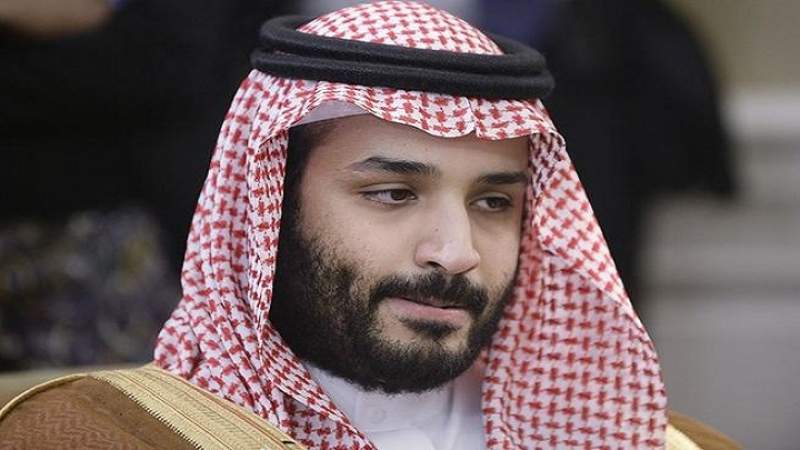 The Saudi media is making great efforts not to highlight the fact that the Crown Prince, Mohammed bin Salman (34 years old) is the first decision-maker in the Kingdom, claiming that King Salman bin Abdulaziz (84 years) is exercising his full duties in managing the affairs of government, despite his age, despite his old age, as stated by those who follow the Saudi affairs repeatedly about his health status. But following developments in Saudi Arabia, three years after Prince Mohammed bin Salman took over as Crown Prince, it is clear that he is the actual decision-maker in rebuilding the system of government and establishing a 4th Saudi state that differs greatly from its predecessors since the founding of the first Saudi state, in 1744, by Muhammad Bin Saud, the Emir of Diriyah at the time.

Among the hundreds of descendants of King Abdulaziz Al Saud, the founder of the third Saudi state in 1932,

The king chose Saudi Salman bin Abdulaziz, his sixth son in the family arrangement, Muhammad bin Salman, for the position of “Crown Prince”, on April 29, 2015. Muhammad bin Salman also retained the post of Minister of Defense, who was appointed to him just days after his father, Salman, took office on January 23, 2015, succeeding his brother, King Abdullah bin Abdul-Aziz.

At that time, Mohammed bin Salman emerged as the most influential official in Saudi regime. The most prominent variable in the acquisition of several “sovereign” positions was after his appointment as Crown Prince, on June 21, 2017, following his father’s removal of Muhammad bin Nayef from this position, to tighten the grip on the political, economic, security, and military decision. Among the most important positions held by bin Salman is the presidency of the Anti-Corruption Council.

In the first activities of the council, hours after the royal order to establish it, and upon instructions from the crown prince, the Saudi authorities arrested, on November 4, 2017, more than 40 princes from the royal family, a minister, and a businessman; Charges related to financial corruption and money laundering. The most recent of those included in the continuous arrests are Prince Ahmed bin Abdulaziz Al Saud, the younger brother of the Saudi monarch, in March this year, and Prince Muhammad bin Nayef Al Saud, the former crown prince, the nephew of the king.

Observers believe that the arrests campaigns, which have expanded to include intellectuals, advocates, jurists and opponents of the crown prince’s policies, come within the framework of strengthening the powers of the crown prince and the acquisition of the entire Saudi decision, in light of what is reported about the deterioration of the king’s health.

In March 2019, 36 countries at the United Nations Human Rights Council condemned violations of the kingdom’s authorities against Saudi activists, and demanded the release of them and all prisoners of conscience. Where it was important for the Crown Prince, who marginalized the “Commission for the Promotion of Virtue”, to create a body in contrast to it, which is the “General Authority for Entertainment”, which organizes and supervises the establishment of lyrical and entertainment parties, and takes the approach of social openness, starting with the opening of cinemas and allowing women to enter the stadiums sports and socializing in public places.

As for the most prominent features of the radical developments in Saudi society, it is the rapid transformation from conservative and religiously committed stereotypes for nearly three centuries to an “open” society that has leapt from decisions of the Crown Prince to “taboos” that are not necessarily religious.
These “taboos” are a mixture between the religious and social concept, such as the woman’s driving of the car, which was “prohibited” by the religious scholars, who themselves passed the matter after the decision of the Saudi authorities in a context that seemed to many as “employing the religious authority in favor of the political authority.”

Although the Vision 2030, launched by the Crown Prince in June 2016, was to create an economic reality based on alternative revenues to oil revenues, which constitute more than 90 percent of Saudi treasury revenues, but after about four years, it did not Much has been achieved by diversifying revenues.

On the contrary, the Saudi government has reduced support for Saudi citizens, and increased the value-added tax and fees for expatriates and foreign workers, to compel business owners to reduce the proportion of foreigners and employ Saudi youth, to reduce unemployment.

At a time when Saudi youth suffer from unemployment and a decline in the standard of living, and by virtue of his control over the financial capabilities of the state, Western newspapers talk from time to time about the Crown Prince spending huge sums to purchase paintings of international painters and luxury yachts.

One of the results of the siege, which began in June 2017, was that Qatar restored its relations with Iran, to which the Saudi crown prince had announced more than once that he would transfer the war to it, and that the kingdom enter Yemen, claiming that Tehran supported Ansarullah.

The embargo decision also greatly undermined the United States’ efforts with the Gulf States to build joint security cooperation to counter what they consider Iranian threats.

The decision to assassinate the Saudi journalist, Jamal Khashoggi, at the Saudi consulate in Istanbul on October 2, 2018, is the most damaging to the reputation of Saudi Arabia and its crown prince, as the CIA indicated its direct responsibility for the assassination decision. This is what Riyadh maintains its exile.

As for the decision to include Saudi Arabia and other countries in a fragile alliance to fight against Ansarullah in Yemen in March 2015, it is the most damaging decision for Yemen (the kingdom’s neighbor), in terms of the worsening of its humanitarian crisis and the great devastation that has affected its infrastructure, and the possibilities of partition and secession of the south, With Emirati support and turning a blind eye to Saudi Arabia, as well as the repercussions on the Saudi economy and the Kingdom’s international record in human rights.

International human rights organizations hold the Saudi crown prince personally responsible for the violations in the war on Yemen and the emergence of one of the worst humanitarian crises in the world, according to the United Nations.

Observers believe that the crown prince’s rush to make “bold” decisions, sometimes described as rash or ill-considered, has led to a disruption in the cohesion of the “social contract” between the two pillars of power, which is the religious and political legitimacy of the ruling family.

The rush also caused a rift in the confidence of the general Saudi society in the political authority, whose legitimacy was mostly derived from the religious authority, which has the greatest impact in a society known for its moral commitment and adherence to the teachings of Islamic Sharia.

In the current stage, the Crown Prince, the first decision-maker in Saudi Arabia, faces huge challenges and huge risks, including: The first was to rectify the state of decline in the Saudi economy, as a result of containing the repercussions of the “Corona” epidemic. The second risk was the decline in the level of oil prices in the market Globalization to its lowest levels, and the third risk, was the exhaustion of the Saudi economy by billions of arms deals.
Likewise, due to spending on the war in Yemen, agency wars in other fields of conflict, “giant” investment projects, such as the “NEOM” project, and spending on investment in startups and the sports sector in the United States and Europe.

The Saudi crown prince is counting on hosting the G20 summit in November to improve his image before the international community and the reputation of Saudi Arabia, which was severely damaged after the assassination of Khashoggi and the continuing violations in Yemen.

In sum, the political, security, and economic decisions of the Crown Prince represented changes to the patterns of government in dealing with members of the ruling family and the value constants of Saudi society, a cross between religious and social.

In any case, it can be said that the birth of the Suleiman Kingdom, or the “4th Saudi State,” is similar to the “white coup”, which will result in more changes, both internally and externally.

Sitting up solutions to save “Safer” ship stressed

London: Protest against US-Saudi Aggression, Its Crimes in Yemen