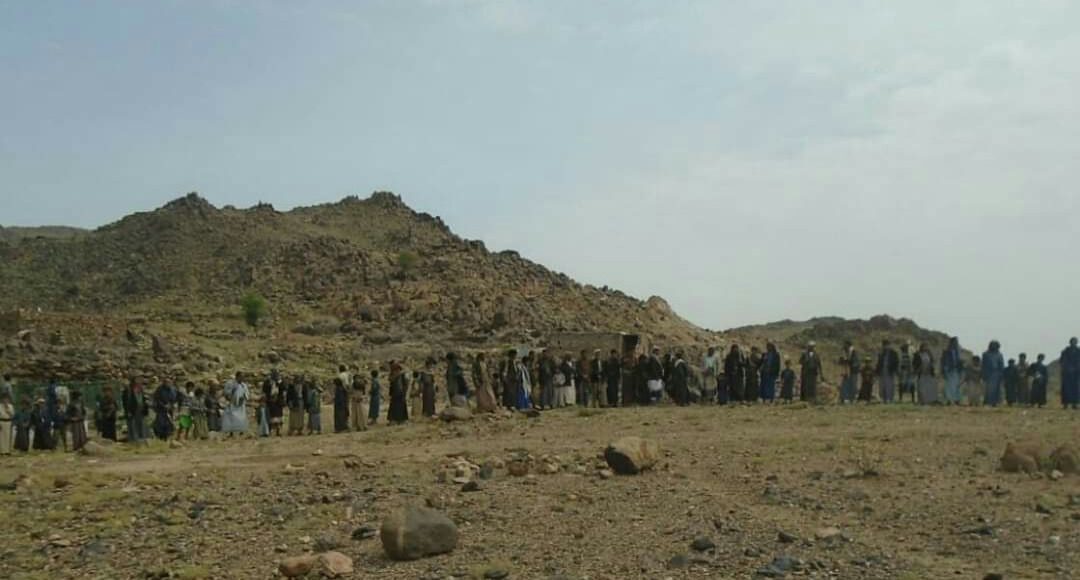 A tribal meeting held on Monday in the district of Bidbadah in Marib province, condemning the crime of al-Islah militia against the al-Subia’en family in Wadi Abedah area in the province.

In the sit-in, which was attended by a number of leaders of the local authority, sheikhs and dignitaries of the district, speeches were delivered affirming the necessity of supporting the oppressed so as to avenge the al-Subia’en family’s killing with the various indigenous tribes.

The tribal meeting renewed its readiness to supply military fronts with money and men, blessing the great victories achieved by the army and popular committees in various military axes in the province.

The meeting called on the tribes of Yemen to condemn the crime and participate in a popular angry so as to triumph the oppressed and liberate the province from spoiling aggression and its mercenaries the Yemeni land.

41 raids on Marib ,82 violations of the truce agreement on Hodeidah fronts