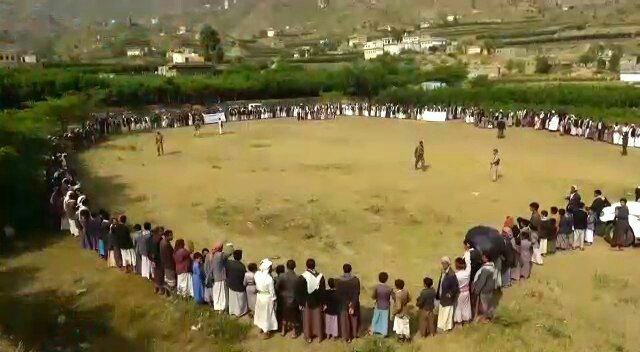 Sons of Fout in the Haidan district of Saada governorate announced the general readiness to confront the US-Saudi aggression, which has committed the most heinous crimes against the Yemeni people for more than five years.

They pointed out in a tribal meeting that the blood of the martyrs will not be wasted and will sweep away the invaders and mercenaries, condemning the horrific crime committed by the Islah militia against the Subia’en family in Wadi Ubaidah in Ma’rib governorate.

They also strongly condemned the complicity and silence of the United Nations regarding the crimes of aggression, including preventing oil derivatives ships from entering the country, they also blessed the victories achieved by the armed forces and the security, which resulted in resentment and dignity for the Yemenis.

Sayyed Khamenei to Haniyeh: Iran to Spare No Effort to Defend Palestinian People