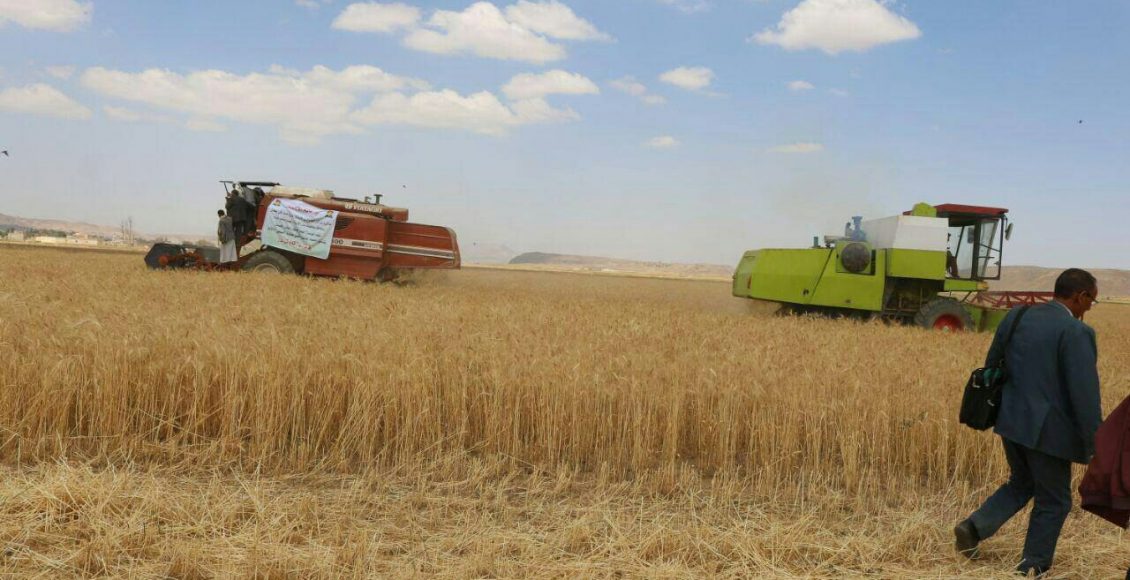 Official statistics released by the Agriculture Office in al-Mahweet governorate revealed that the total crops produced during this year amounted to 7 thousand and 200 tons of food grains in an area estimated at 10 thousand hectares.

The director of the Agriculture Office in the governorate, Engineer Mohamed Al-Sormi, said that Al-Mahweet characterized by growing grains, fruits, vegetables, legumes, crops, and others.

Al-Sormi noted that the office’s interest in agriculture throughout the governorate’s regions, assisting farmers in “Shibam, Al-Tawila and Al-Rajm districts”, and granting them soft loans, in coordination with the General Organization for the Development and Production of Grains, to encourage them to increase production during the agricultural season.

He stressed the office’s endeavors to increase production to achieve self-sufficiency through caring for farmers, reclaiming agricultural lands, building dams, and water barriers to take advantage of rainwater to irrigate and grow different grains and vegetables.

Engineer Al-Sormi mentioned the absence of the organizations’ role in supporting the agricultural and animal sector in the governorate, talked about the aspirations of the governorate and farmers to achieve food security and self-sufficiency in expanding crops of cereals, coffee, vegetables, fruits, beekeeping, honey production as well as combating desertification in some areas.

Despite the difficulties faced by farmers in Al-Mahweet governorate, and the scarcity of capabilities and limited resources, it is characterized by an agricultural climate and a geographical location that helped them grow many varieties of fruits, grains, and vegetables throughout the season.