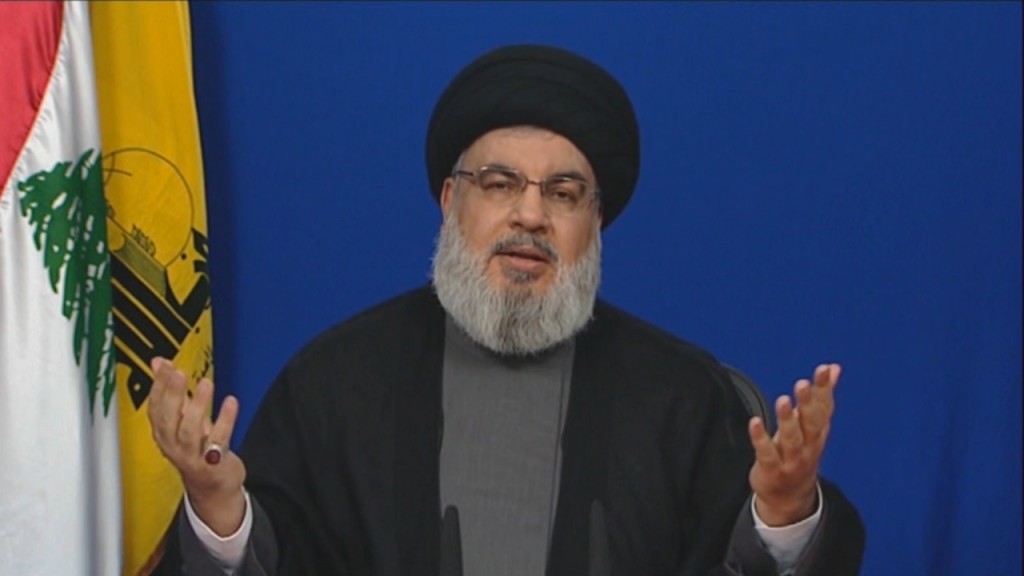 Hezbollah Secretary General Sayyed Hasan Nasrallah announced a new front on Tuesday by saying that the Resistance party has decided to be in the heart of agricultural and industrial battle. In a televised speech via Al-Manar, Sayyed Nasrallah stressed that reviving the agricultural and industrial sectors in Lebanon is considered as the new battle, since the country must be productive one. “Save the date: 7/7 is the day when Jihad and uprising on the agriculture and industrial fields was announced,” Sayyed Nasrallah stated.
The Hezbollah S.G., meanwhile, lashed out at the US Ambassador to Lebanon Dorothy Shea over meddling in Lebanon internal affairs, calling on her to ‘respect herself’ and refrain from “giving lectures on human rights.” Sayyed Nasrallah also advised Washington to abandon its policy to besiege Lebanon, warning that such behavior won’t weaken Hezbollah, but will strengthen him.
On the other hand, Sayyed Nasrallah dismissed accusations that Hezbollah wants to “turn Lebanon into Iranian model.” In this context, his eminence stressed that the Islamic Republic is a self-sufficient country, wondering: “Why are you afraid of this model?”

Starting his speech, Sayyed Nasrallah recalled the Divine Victory following the 2006 July war and the Second Liberation in 2017 when the Lebanese Army and Hezbollah fighters liberated Lebanon’s eastern Juroud from Takfiri terrorists. “We are before several occasions that Lebanon recalls proudly,” Sayyed Nasrallah said via Al-Manar.
His eminence also recalled the firm stances of Ayatollah Sayyed Mohammad Hussein Fadlallah on the tenth anniversary of his demise. “He was firm defender of the Resistance. He was our merciful and tenderhearted father,” Sayyed Nasrallah said referring to Sayyed Fadlallah. The Lebanese Resistance Leader, meanwhile, offered condolences over the departure of Sheikh Mohammad Jaafar Shamseddine.

Sayyed Nasrallah said that the hard livelihood conditions and the economic crisis Lebanon has been witnessing require national approach and exerting united efforts by all the Lebanese powers.
Sayyed Nasrallah referred to his latest speech when he called on the Lebanese government to head east, stressing that such call didn’t mean to relinquish the West.

“In my latest speech I called for heading east, I didn’t mention that Lebanon will abandon the west. We have nothing to do with accusations that Hezbollah wants to ‘turn Lebanon into an Iranian model’.” As he stressed that “no one wants to turn Lebanon into another Iran,” he noted that the Islamic Republic is a self-sufficient country which confronted all kinds of blockades, wondering: “Why are you afraid of the Iranian model?”

Sayyed Nasrallah then said that the current goal which the Lebanese people have to focus on is how to prevent Lebanon’s collapse and starvation.
In this context, his eminence noted that Lebanon must not just rely on the outcome of the talks with the International Monetary Fund (IMF), stressing the importance of looking for other choices. “We are able to turn the threat into a chance,” Sayyed Nasrallah affirmed. He called on the Lebanese government to take the initiative to contact the Chinese government to look into ways of cooperation with the two countries and not to wait for Beijing to do such step.

“In this regard I prefer that official talks between Lebanon and Iran take place away from media, and I can guarantee such offer.” “Heading east sends a message to the US that whoever wants to besiege Lebanon will fail in this policy,” his eminence said further.