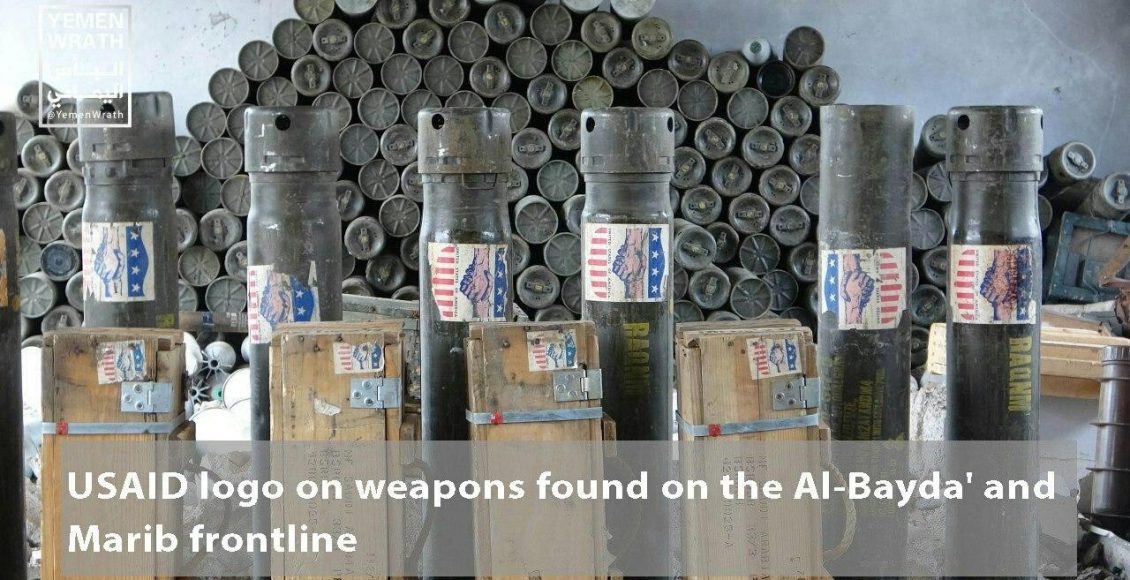 The Supreme Council for the Management and Coordination of Humanitarian Affairs and International Cooperation addressed USAID to clarify the appearance of the agency’s logo on large quantities of weapons and ammunition recently seized by the army and popular committees in the Marib and Al-Bayda fronts.

The Council said in an official letter directed to the agency’s top development adviser in Yemen, Sybil Silver, that the Supreme Council received a letter from the Ministry of Defense stating that the agency’s logo is a poster on weapons and subject to the press release of the spokesman of the armed forces on Tuesday
In the note, the Council stressed that it found signs of suspicion and suspicion of the motives that would make the world’s largest international agency to finance relief and humanitarian work, a poster of these weapons and military equipment.

The Council considered these suspicious acts to be contrary to the agency’s humanitarian vision and the principle of humanitarian assistance.

On Tuesday, the Supreme Council for Humanitarian Affairs said in a statement that it deeply regretted the involvement of USAID in suspicious acts contrary to humanitarian actions, stressing that it would form a committee to investigate the matter in cooperation with the competent authorities.

Abdul Mohsen Tawooss, Secretary-General of SCMCHA commented in an interview with Yemen TV, saying that it is surprising that USAID stops its aid and funding to humanitarian organizations operating in Yemen and then turns to military funding, and this should be clarified by the Agency.

He pointed out that USAID suspended its support for Yemen after Trump’s decision in January this year, and it is surprising that this support has shifted to militias belonging to the Coalition of Aggression.