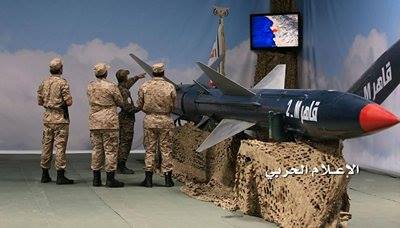 Russian military experts confirmed to a daily broadsheet newspaper in Russia that Yemen’s missile attacks on Saudi Arabia are witnessing a “rapid development” of Yemen’s capabilities to develop and manufacture missiles and combat drones, and the failure of Saudi air defense systems.

“The Saudi air defenses failed to intercept most of the drones that attacked the Kingdom,” the Izvestia quoted Anton Lavrov and Roman Chrystol as saying.

“We are seeing a speedy development of Houthi offensive means,” a military expert told Izvestia.

“In the past, the Houthis used advanced ballistic missiles, some from the Yemeni army’s arsenal and others homemade,” Vladislav Shorigin added. “Now, they’re carrying out compound attacks of typically different level.”

He added that the Houthis have combat drones and highly-accurate ballistic and winged missiles with ranges of up to 1,000 km and more. “Strikes with different weapons are often well coordinated and carried out by means of drones.”

A senior researcher at the Russian Science Academy’s Institute for Eastern Studies said : “the current escalation will unlikely lead to a huge war. However, dimensions of solving the conflict are largely complicated. This will somehow depend on outside actors backing the warring parties in Yemen.”

Boris Dolgov thinks that warming the conflict could affect the world’s oil prices. If the situation aggravates, such as closure of Hermes strait and obstruction of tankers’ traffic, this could affect the oil market.

The researcher, nonetheless, rules out that Saudi Arabia could give itself priority over such an acceleration, since its economy suffers a decline in demand for energy.

Western studies institutes, including the Washington Institute for Strategic Studies, acknowledged Yemen’s success in developing missiles and recognized what it called “the Houthis’ arrival of improvised innovations” in developing Russian ballistic missiles and drones.

For the second time .. YPC confirms the depletion of oil stocks within days, invites UN to assume its responsibility

Pompeo recognizes that the aggression against Yemen is an American project