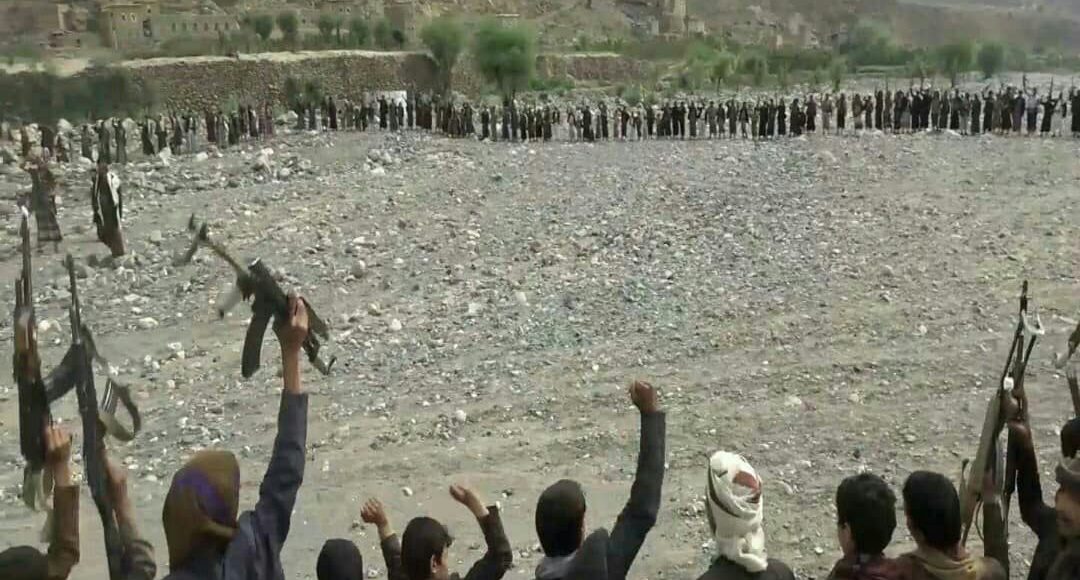 A tribal rally was organized on Sunday by al-Qaramaish tribes and sheiks of Marib province to declare a popular mobilization to back fronts and confront the Saudi-led aggression coalition’s crimes in Yemen.

At the rally, the participants condemned the crime committed the Saudi-backed Islah militias against the Subayan family in Wadi Abaidah district of Marib in a flagrant violation tribal customs and the international and humanitarian law.

The tribes stressed on the impotence of continuing to back the Yemeni army with fighters and food convoy for confronting the aggression and its plots that target the Yemeni people.

The rally praised the great triumphs made by the army and popular forces against the aggression and its mercenaries in all fronts.