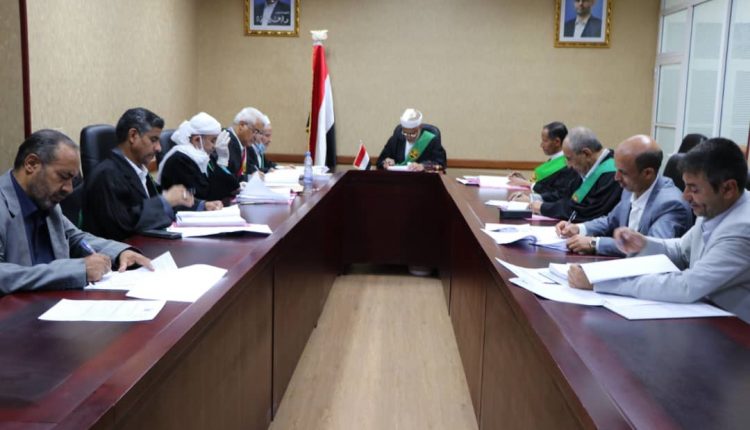 The Supreme Judicial Council on Monday condemned the heinous crime committed by Saudi-led aggression coalition aircraft in Washha district in Hajjah province, which resulted in the annihilation of an entire family of women and children.

The Council commissioned the General Attorney to prepare the files pertaining to these violations and prohibited crimes, in all international laws.

This came during the council’s weekly meeting Monday, chaired by Head of the Council Judge Ahmed Yahya al-Mutawakkil.

In its meeting, the Council discussed the progress of financial and administrative work in the bodies and organs of the judiciary, and approved some judicial appointments in some courts based on the nomination submitted by the Judicial Inspection Board.