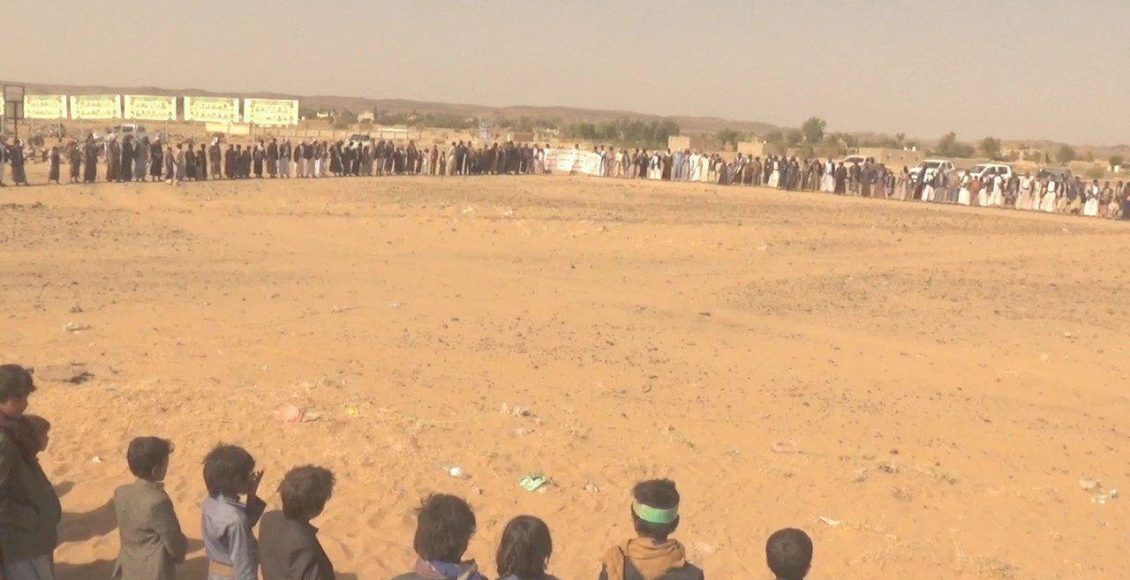 On Tuesday, sons, and tribes of the Aal-Salem in the Kettaf district of Saada governorate, organized a tribal stand condemning the brutal crime committed by the mercenary of aggression against the al-Subai’ean family in Ma’rib.

At the meeting, the participants stressed the importance of enhancing the internal front to back the army and popular forces with fighters and food convoy to deter the aggression and its plans that target Yemen.

The tribes declared a general mobilization to retaliation against the aggression crimes citizens in Hajja and Marib provinces.

The meeting praised great triumphs made by the army and popular forces against the aggression and its mercenaries in all battlefronts.